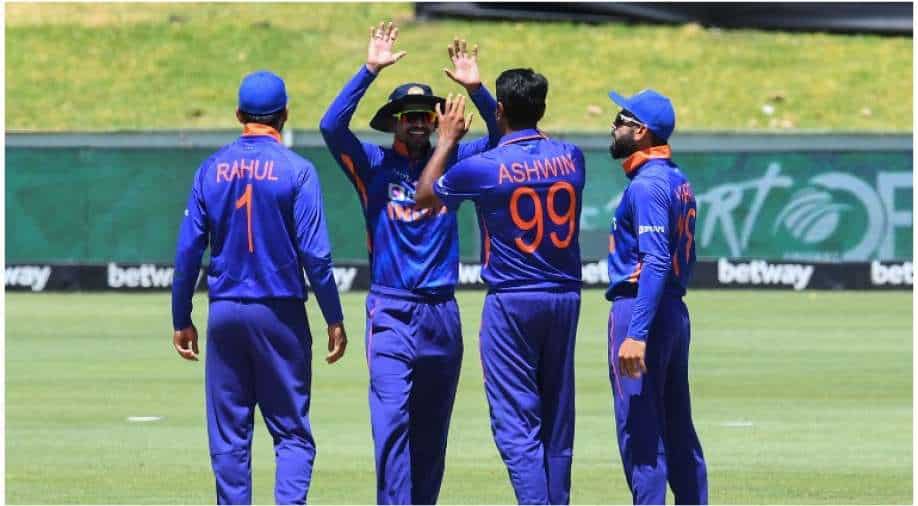 KL Rahul-led India lost the three-match ODI series opener versus Temba Bavuma's South Africa on Wednesday (January 19). Being asked to bowl first, India had reduced SA to 68-3 before a match-winning 204-run fourth-wicket stand between centurions Bavuma (110) and Rassie van der Dussen (129 not out) propelled the hosts to 296-4 in 50 overs at Boland Park, Paarl.

In reply, India managed only 265-8 in their full quota of overs to go 1-0 down in the series. There were half-centuries from Shikhar Dhawan (79), former captain Kohli (51) and all-rounder Shardul Thakur (50 not out) but no daddy hundred from the top order and unimpressive returns from the middle and lower order resulted in India's convincing loss.

Reviewing India's performance in the ODI series opener, former Pakistan captain Salman Butt feels the energy that Kohli brought on the field as captain was entirely missing under KL Rahul. For the unversed, Rahul is captaining the side in the absence of limited-overs skipper Rohit Sharma (out due to hamstring injury).

"The energy that Virat brought to the ground as captain was missing. Maybe the team doesn’t have that vibe with KL. The grip and energy of a team that is attached with its captain as well as that unity was missing. KL didn’t have energy,” Butt said in a video on his YouTube channel.

“It happens with some people. They have a different vibe when given responsibility and another when they do not have it. He didn’t seem like an out-of-the-box thinker. As a captain, you keep on trying and keep the opposition guessing. These things were not evident in his leadership,” the tainted batter explained.

Ahead of the second and penultimate ODI, on Friday (January 21) at the same venue, Butt suggested how India can tweak their team combination a bit. "KL Rahul can keep wickets and India can bring in an extra batter in Gaikwad or Ishan. This will improve the middle order. India should also bring in a genuine pacer in place of Bhuvneshwar Kumar. Rishabh Pant is the fifth batter. He is very expressive and talented but you cannot consistently rely on him. He needs to get fit. Lost his balance today. He needs to bring himself back in shape physically. He needs to make some sacrifices in this diet for the team,” Butt added.

India will have to regroup and aim for a series-levelling win in the second and penultimate contest on Friday. The series decider will be played at Newlands, Cape Town on Sunday (January 23).