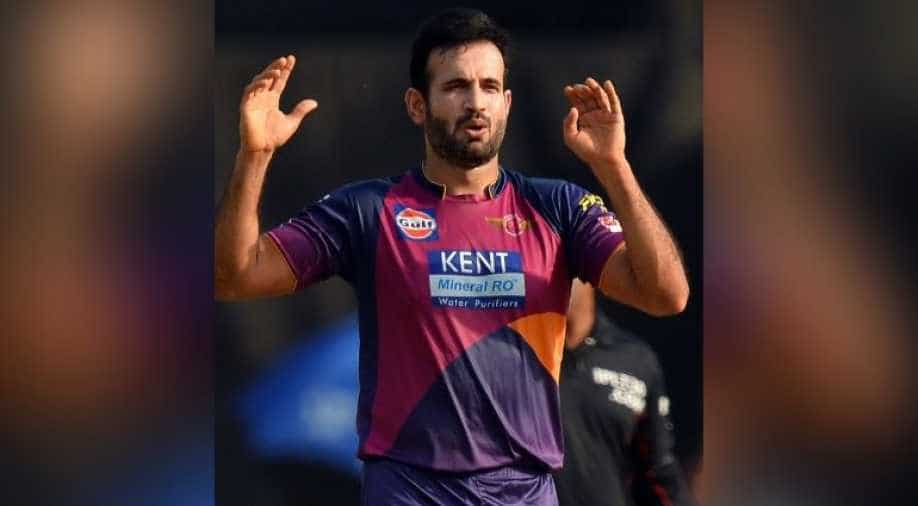 COVID-19 cases in the Indian camp led to the cancellation of final Test at Manchester with India leading the series 2-1 and the result of the final Test remains uncertain.

Former Indian cricketer Irfan Pathan took a dig at the critics who are claiming that the resumption of the Indian Premier League 2021 (IPL 2021) is the reason behind the cancellation of the fifth and final Test between India and England.

Taking to his official Twitter account, Irfan expressed his opinion on IPL being the "easy target". He wrote, "My tooth fell of,can I blame the
@IPL?? #easytarget"

COVID-19 cases in the Indian camp led to the cancellation of final Test at Manchester with India leading the series 2-1 and the result of the final Test remains uncertain.

IN PICS | From Harshal Patel to Chris Morris: Best bowling spells of IPL 2021

The match was predicted to go as planned after all Team India players tested negative in the PCR results but concerns were raised after India's second physio, Yogesh Parmar tested positive for Covid-19 on Thursday.

However, some critics have suggested that IPL, which resumes on September 19 in the United Arab Emirates, could be the reason for the Indian cricket team to not field a team.

ALSO READ | IPL 2021: Jonny Bairstow, Dawid Malan, Chris Woakes pull out with quarantine rule being one of the reasons

Tom Harrison, the CEO of England and Wales Cricket Board also weighed in on the reports. "This is not a situation which has been created by the rescheduled IPL... That's not the case. This Indian cricket team are as passionate about Test cricket as fans in our country are and as our cricket team are as well," said Harrison as quoted by the BBC Sport.

"India simply felt that they got to a point where they weren't able to take to the field. That is understandable, he said.

"As administrators, we need to be really clear that mental health has to be a priority for us when we're thinking about the length of tours and the conditions under which people were expected to perform," he added.

Meanwhile, IPL franchises have started to fly out their players from the UK as Mumbai Indians players Rohit Sharma, Jasprit Bumrah and Suryakumar Yadav have already arrived in Abu Dhabi and other teams are also arranging charter planes.