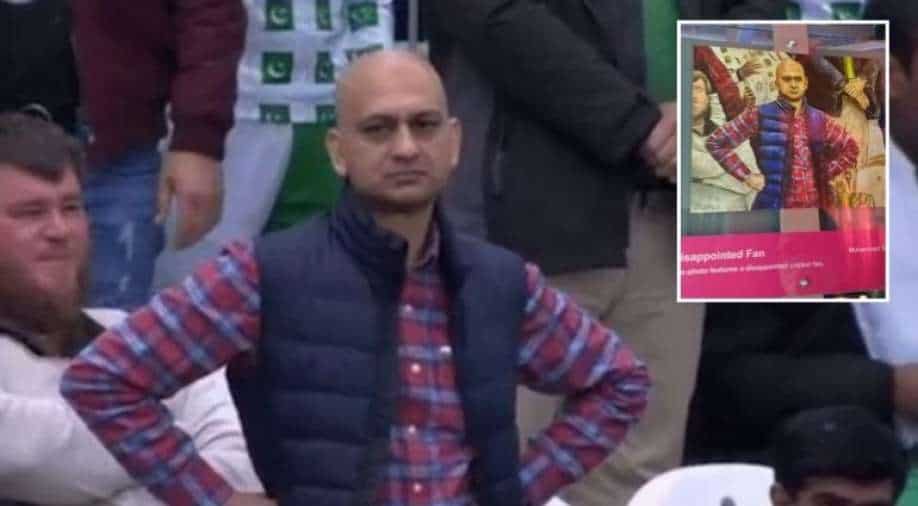 The famous cricket meme has found a place in the Hong Kong Meme Museum.

In the digital world, we see thousands of hilarious memes on an everyday basis, but only a few of them manage to leave a lasting impression. One such was a cricket-related meme, where an angry fan's reaction — perfectly depicted the mood of a World Cup match between Pakistan and Australia, went viral on social media.

Sarim Akhtar, probably not known by his name, is an extremely popular face in the meme world. His epic reaction when Pakistan's Asif Ali had dropped a catch off bowler Wahab Riaz against Australia went viral during the ICC World Cup 2019. Moments after the missed chance during the game, Akhtar was seen standing with hands on his waist and a disappointed look on his face. The particular footage was aired repeatedly.

Now, the famous meme has found a place in the Hong Kong Meme Museum. While taking to Twitter, Akhtar informed that he featured in Hong Kong's museum of memes. He also added that his sister found the video of the Hong Kong K11 museum of memes on YouTube, in which he can be seen. He also shared a small clip. The caption of the meme plate is: "Disappointed Fan. The photo features a disappointing cricket fan, Muhammad Sarim Akhtar."

At 0.37 sec you will find this pic.twitter.com/m0kNfPX9TQ

On June 12, 2021, The International Cricket Council (ICC) celebrated the second anniversary of this meme with a clip from the match and Akhtar's reaction, captioning, "12th June 2019, @cricketworldcup possibly the greatest #OnThisDay ever."

Fans flooded the comments section with funny replies. One of the fan wrote, "You are like the Mona Lisa now. Ages hence kids are going to look at this meme and say this is a masterpiece." Another wrote, "Who would have known that moment of disappointment would become a moment of recognition for you. God bless!".

Possibly the greatest #OnThisDay ever? 😂pic.twitter.com/PiJ2PpPm03