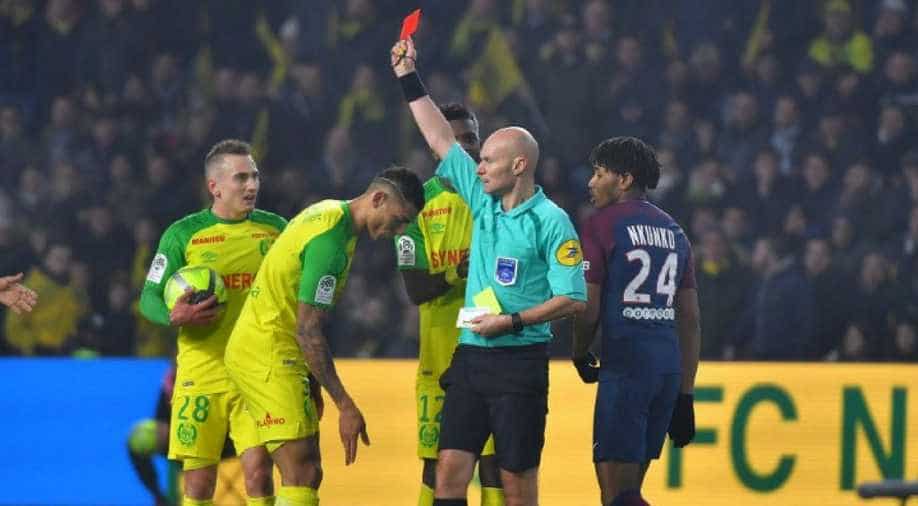 Diego Carlos of FC Nantes recently become part of a controversy when French referee Tony Chapron sent him off by showing a red card in a Frensch Ligue-1 match between FC Nantes and Paris-St Germain.

He admitted on Tuesday that he was left flummoxed after referee's decision.

"I did not understand at the time what had happened," the 24-year-old told Nantes' website.

In the 87th minute of the match, Carlos unintentionally collided with the match referee Chapron.

The 45-year-old referee stumbled and fell to the ground and kicked Diego Carlos with his right boot and flourished a second yellow card at Carlos.

The red card has since been rescinded, making him available for Wednesday's match at Toulouse.

"I am very happy that I will be able to play at Toulouse," he added.