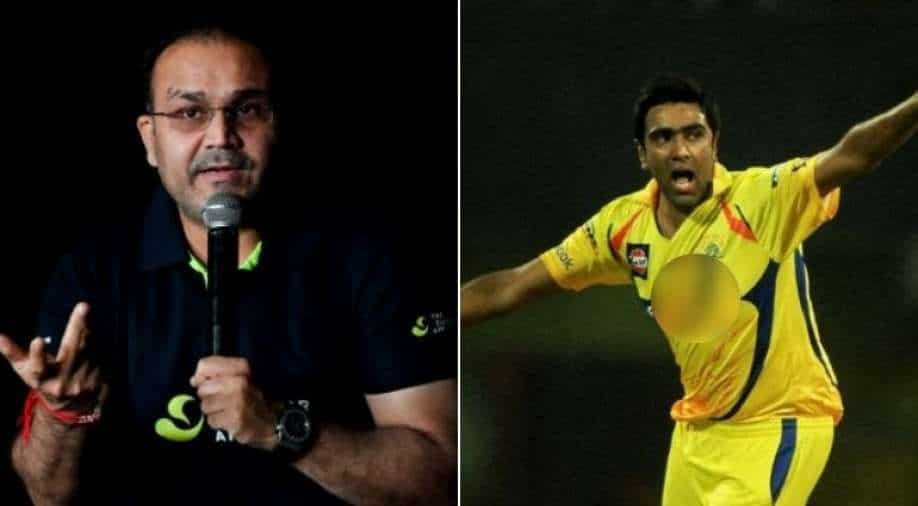 As the Ravichandran Ashwin's run controversy is still in the news, former Indian batter Virender Sehwag, who is quite vocal about issues related to cricket and otherwise also, recalled another incident when Chennai Super Kings (CSK) captain MS Dhoni had scolded the spinner.

The words "Ashwin" and "controversy" are in the same line as the Delhi Capitals bowler landed himself in a row, again, after taking a run against Kolkata Knight Riders during the UAE leg of Indian Premier League 2021's Match 41.

It led to KKR skipper Eoin Morgan getting involved in an on-field exchange of words that echoed even after the match, triggering a debate over the "spirit of cricket".

IN PICS | From spot-fixing scandal to MS Dhoni's anger: Top IPL controversies through the years

Ashwin explained through a series of tweets that he had not seen the ball hitting the non-striker and Delhi captain Rishabh Pant. But even if the ball would have ricocheted off Pant, he would've still gone for a run because he was well within the rules of the game.

4. Did I fight?
No, I stood up for myself and that’s what my teachers and parents taught me to do and pls teach your children to stand up for themselves.
In Morgan or Southee’s world of cricket they can choose and stick to what they believe is right or wrong but do not have the

Talking in the same context, Sehwag recalled an incident when Dhoni scolded Ashwin for giving an animated send-off to Glenn Maxwell during an IPL match between the Chennai Super Kings and Punjab Kings (Kings XI Punjab). Though Sehwag did not mention when the match happened, but it is certain that the incident happened during 2014 IPL.

"Even when I was playing for Punjab, Ashwin dismissed Maxwell, picked up some dust and blew it off [in celebration]. I didn't like that scene either but I didn't come out publicly to say that he should not have done that or it was against the spirit of the game, although MS Dhoni was very angry about it and scolded him a lot too," Sehwag was quoted as saying by Cricbuzz while sharing his views on the 'spirit of the game' debate.

Sehwag, who was at the non-striker's end when the incident happened in 2014, mentioned that he did not like the celebration but he didn't speak about it to not start a 'spirit of cricket' debate. He also believed that things happening inside should remain inside.

"But it was Ashwin's wish to do that and if someone had come out talking about it in the media or social media it might have caused an uproar too. This is the player's responsibility, right? What happens inside should remain inside. If more things from the inside start coming out, I can guarantee every match will have something like this that will cause an uproar. The spirit of the game also says that players should leave what happens inside the ground as is and move on," Sehwag added.

Sehwag also said that believed that KKR wicket-keeper Dinesh Karthik shouldn't have said in detail about what happened on the field. "I consider Dinesh Karthik the biggest culprit in all this. If he had not talked about what Morgan said, there would have been no such uproar."