Dhawan's return to form was important ahead of Australia tour: Rohit Sharma 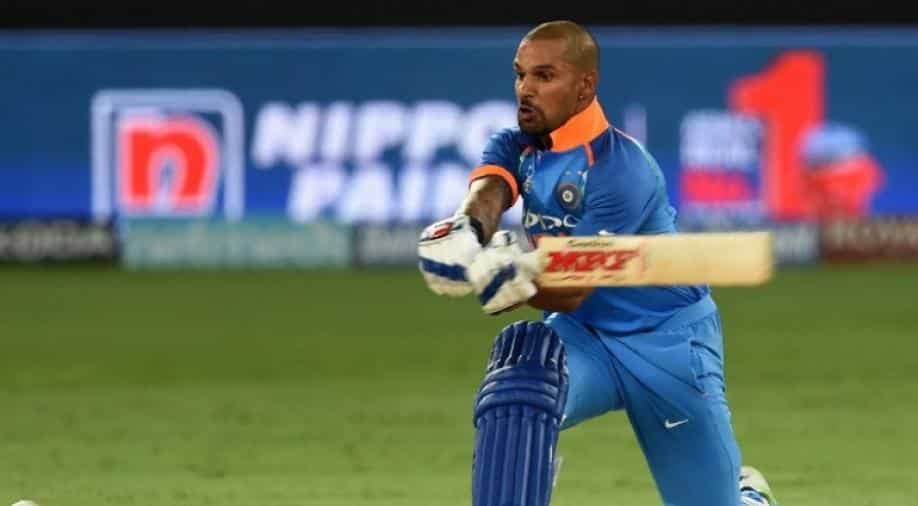 Dhawan, who struggled throughout the preceding ODI series against West Indies, returned to form with a smashing 92 off 62 balls.

India's stand-in captain Rohit Sharma said it was important for Shikhar Dhawan to return to form ahead of the crucial tour of Australia, which will be a completely "different ball game".

Dhawan, who struggled throughout the preceding ODI series against West Indies, returned to form with a smashing 92 off 62 balls to help India beat the visitors by six wickets in the final T20 and complete a 3-0 series sweep.

Dhawan and young Rishabh Pant (53 off 25) stitched 130 runs off 80 balls for the third wicket on Sunday to lay the foundation for the win after India were in a spot of bother at 45 for 2 while chasing 182.

"It was important from the team's perspective and for the players to get some runs ahead of the important Australia tour. Shikhar especially was batting well in the ODI series but he was not able to get big scores. I am glad that he could play a match-winning knock and get some form under his belt before the crucial tour," Rohit said.

"Rishabh was also hungry to go out and get some runs. It was the perfect situation. We were two down inside the first six overs. There was a bit of pressure as well. They handled it well and it was a match-winning partnership. It is important in the team's perspective that both these guys got runs," he said.

India's tour of Australia starts with the three-match T20 series at Brisbane on November 21.

Rohit said the upcoming tour of Australia will be a completely "different ball-game" and India must take confidence from the 3-0 win.

"It is always challenging when it comes to going out there and performing. Every time you go there, you are tested as a player, as an individual and as a team. Australia will be a different ball game," he said.

"When you win a series like this, you are high on confidence and it is all about taking that confidence there. We have to keep repeating the performances. It is a never-ending story," added Rohit.

He said the team had ticked quite a few boxes during the just-concluded series and fielding was one of them.

"We ticked a lot of boxes. Particularly, I am happy how we fielded. I think we fielded really well in the tournament. In batting and bowling, there will be mistakes and there will be some good performances," Rohit said.

Rohit has also been picked in India's Test squad to face Australia, but he said he wasn't thinking that far.

"I think there is still time before that. We have the T20Is and practice games before the first Test match. I am not thinking about the Test match. I am someone who doesn't think too far ahead. All I am thinking of is going back, taking a few days off, and take the flight to Australia and prepare for the T20 series," Rohit said.

"We will have enough time to think about Test matches after that. If I try and stay in present, it works for me. Test matches are something I was looking forward to for a long time and it will be nice to go out there and play a Test match for India."

Rohit, who led India to victory in the Asia Cup recently before the T20 series triumph over the West Indies, said the secret of his captaincy success was to keep things simple.

"Every game is a new game. Every time I go out there in the middle, I keep things simple. This game is simple and you need to keep it simple," he said.

Rohit praised newcomer Krunal Pandya and said India will benefit immensely from fearless cricketers like him.

"Krunal is a street-smart cricketer who is never afraid of any doing stuff on the field. I am impressed with how he approached these three games. He has got great ability to play for India for a long period of time.

"He is fearless like his brother (Hardik). At the end of the day we need characters in the team. You need players like Hardik, Krunal who are not afraid to express themselves," he said.

Asked about the absence of legendary Mahendra Singh Dhoni behind the stumps during the T20 series, Rohit said: "MS (Dhoni) was not part of the Nidahas Trophy in Sri Lanka also.

"MS not being in any team is a big miss. His presence in the team itself is a huge boost for a lot of the players, not just me, especially the younger players."