Deontay Wilder predicts he will make quick work of Fury 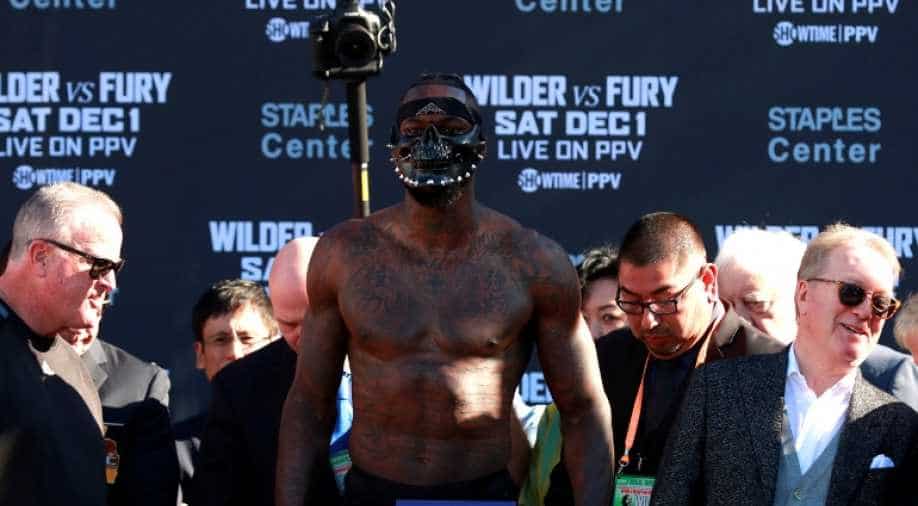 Deontay Wilder during the weigh in. Photograph:( Reuters )

Wilder, the defending WBC heavyweight champion, has a 40-0 record including 39 knockouts.

Deontay Wilder weighed in 44 pounds lighter than Tyson Fury on Friday but still had no doubts he will knock out the Briton in their WBC heavyweight world title fight at the Staples Center in Los Angeles.

"It's definitely the most important (fight of my career) but definitely not the most difficult," said American Wilder, who tipped the scales at 212.5 pounds.

"I've fought guys way tougher than him. I'm going to knock him out."

Wilder, the defending WBC heavyweight champion, has a 40-0 record including 39 knockouts.

Fury (27-0) did not give an interview after weighing in at 256.5 pounds, down nearly 20 pounds from his comeback in June which ended a two-year-plus absence from the ring.

His efforts to goad Wilder into a confrontation met with no response as the pair kept their distance, a far cry from Wednesday's chaotic news conference when they had to be separated.