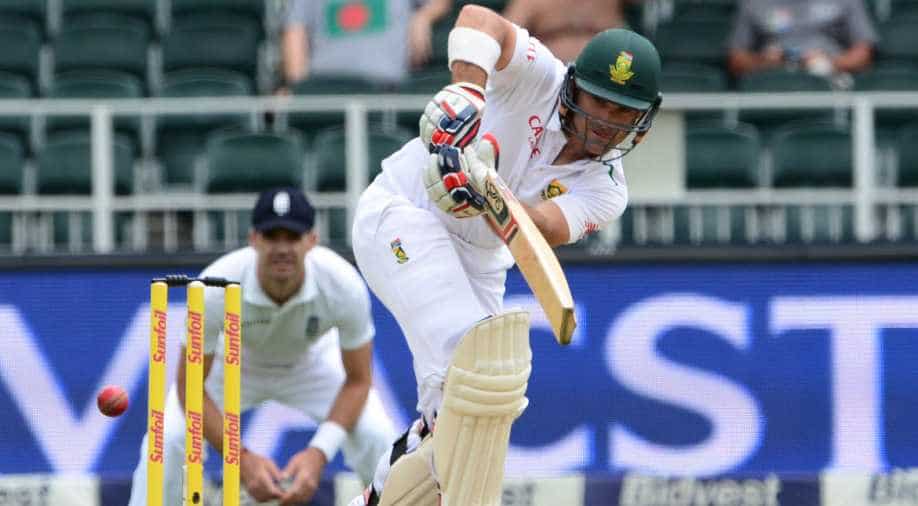 Dean Elgar of South Africa in action during day 5 of the 3rd Test between South Africa and West Indies at Sahara Park Newlands on January 06, 2015 in Cape Town, South Africa. Photograph:( Getty )

Opener Dean Elgar has expressed his interest in becoming South Africa's next Test captain, saying leadership comes naturally to him and he would think "long and hard" if approached for the job.

Opener Dean Elgar has expressed his interest in becoming South Africa's next Test captain, saying leadership comes naturally to him and he would think "long and hard" if approached for the job.

Du Plessis had resigned as Test captain in February and Quinton de Kock was expected to take the reins but Cricket South Africa ruled him out of the job, saying they don't want to overburden the wicketkeeper-batsman.

With a three-Test series scheduled against the West Indies in July, CSA is still figuring out the Test captaincy conundrum.

"It's definitely not an easy journey being a Test captain but I think leadership is something that comes extremely naturally to me," Elgar said during an interview with Cricket South Africa (CSA) which was released on Monday.

"I've captained teams in the past, right up from school level to provincial level and at franchise level. I enjoyed it extremely and if I was asked to take on the captaincy, it's definitely something I would think long and hard about because it would mean a lot to me."

The left-handed batsman, who had captained the 2006 U-19 World Cup team in Sri Lanka, was the stand-in skipper in the first Test against England in 2017 after regular captain Du Plessis had missed the match due to the birth of his first child.

Elgar had again captained South Africa against Pakistan in January last year when Du Plessis was penalised for slow over-rate in the second Test and was suspended for the third and final Test of the series.