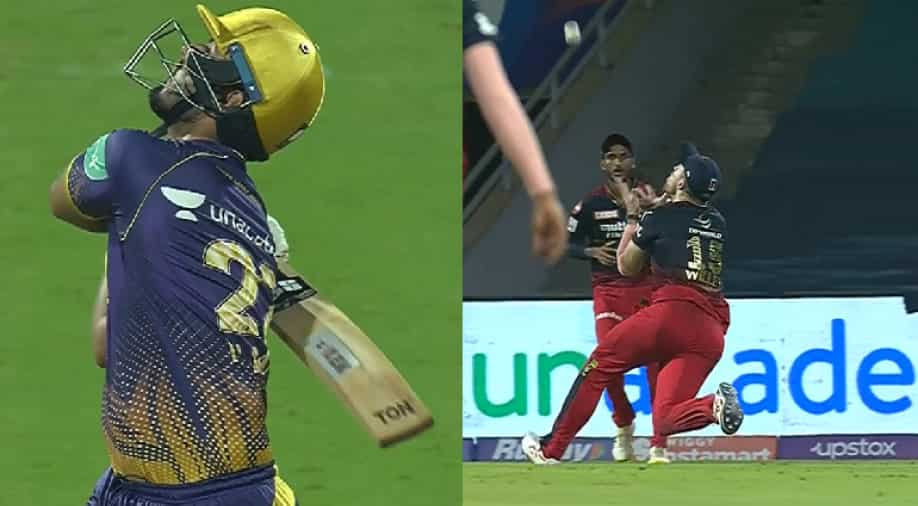 Royal Challengers Bangalore (RCB) all-rounder David Willey took a brilliant catch running backwards in his side's clash against Kolkata Knight Riders (KKR) in the Indian Premier League (IPL) 2022 on Wednesday. RCB bowlers delivered a sensational all-round performance as they bundled out KKR for a paltry 128 runs at the DY Patil Stadium in Mumbai.

Akash Deepak bagged the first wicket for RCB in the fourth over when he sent back Venkatesh Iyer on 10 off 14 balls before Mohammed Sirah removed Iyer's opening partner Ajinkya Rahane on 9. Akash Deep then came back to bag another wicket in his next over as he dismissed Nitish Rana on 10 off 5 deliveries.

Rana was caught by all-rounder David Willey near the boundary line after miscuing a pull shot. Willey completed an exceptional catch as he managed to hold on to it despite running backwards. Willey's effort was applauded by his teammates on the field and many on social media.

KKR lost their skipper Shreyas Iyer quickly after Rana's departure as spinner Wanindu Hasaranga joined the party. The Sri Lankan didn't stop there and run through the KKR batting line-up as he picked up the wickets of Sunil Narine, Sheldon Jackson and Tim Southee to finish with a four-wicket haul.

Hasarnaga was the pick of the bowlers for RCB as KKR were skittled out for a low-key total. Hard-hitting all-rounder Andre Russell top-scored for KKR with 25 off 18 balls laced with three sixes and a solitary four. It remains to be seen if the KKR bowlers will be able to defend the total against Faf du Plessis' men.