David Warner breaks silence on fall from grace at SRH: Was not explained why I was dropped as captain 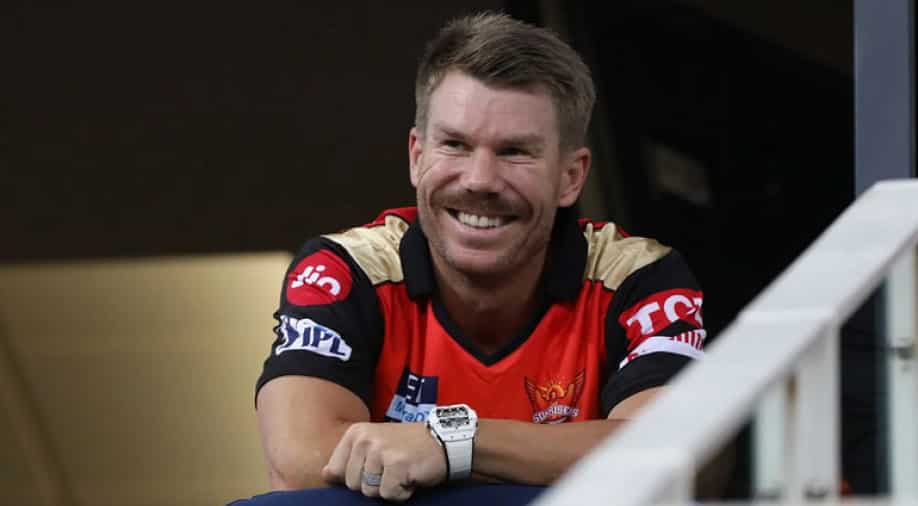 David Waner opened up on why things went wrong at SRH. | Photo - IPL | Photograph:( Others )

Star Australian batter David Warner has finally opened up on his dramatic fall from grace at Sunrisers Hyderabad in IPL 2021 and revealed that he was not explained why he was sacked from captaincy this season.

David Warner has finally broken his silence on his fall from grace at the Sunrisers Hyderabad (SRH) in the Indian Premier League (IPL) 2021. Warner had started the season as the captain of the Hyderabad franchise before being sacked from captaincy midway through the season. He was then dropped from the playing XI and managed to make only eight appearances for SRH in the tournament this year.

Warner was sacked as the captain of the side after SRH managed only a solitary win in their first six matches in IPL 2021. He was replaced by Kane Williamson, however, the move didn't change SRH fortunes as their woeful season continued under the Kiwi batsman.

SRH became the first team to be eliminated from the race for the playoffs and finished at the bottom of the table with just three wins from 14 matches this season. Warner opened up on being sacked from captaincy and being dropped from the playing XI in what was one of the worst seasons for him in the history of IPL.

The Australian star said it was a tough pill to swallow to not being explained why he was sacked from captaincy and that he thought what he has achieved for the franchise in the IPL over the years would be taken into account when such treatment was being rendered out to him.

“I am not 100 per cent sure how to answer that. With the utmost respect for the owners, Trevor Baylis, Laxman, Moody and Murali, when a decision gets made, it has to be a unanimous one. You don't know who the person is going for you and who isn't," Warner said on Sports Today, when asked about what went wrong for him at the franchise this season.

“The other disappointing thing for me was not being explained why I was dropped as captain. If you want to go along the lines of form, it is a difficult one because, I guess whatever you have done in the past would have some weight moving forward, you would think," he added.

However, Warner insisted there are some questions that he would never get answers for and it was in the best interest of all parties to move on. Warner scored 195 runs in eight matches that he played for SRH this season as the franchise failed to make it to the playoffs.

“Especially when you have played about 100 games for the franchise, I think I had four bad games in those first five matches in Chennai. It is difficult, a tough pill to swallow. There are still questions to which I think I'll never get answers, but you have to move on,” he added.

Warner has been a cult hero at Surnisers Hyderabad and remains the only captain to have led the side to an IPL title. He inspired them to a title triumph in 2016 and has been a consistent performer with the bat. Warner hopes to don the Sunrisers shirt once again next year despite the questionable treatment by the franchise in IPL 2021.

However, the leading run-getter of the Orange Army believes time will tell whether he will end up being retained by Sunrisers Hyderabad or not.

"I would love to be at SunRisers next year, but time will tell. I'd love to be part of the IPL in 2022, started my career with Delhi and then played with SunRisers. There are plenty of runs left in these legs so, I am looking forward to whatever opportunity presents itself," Warner said.