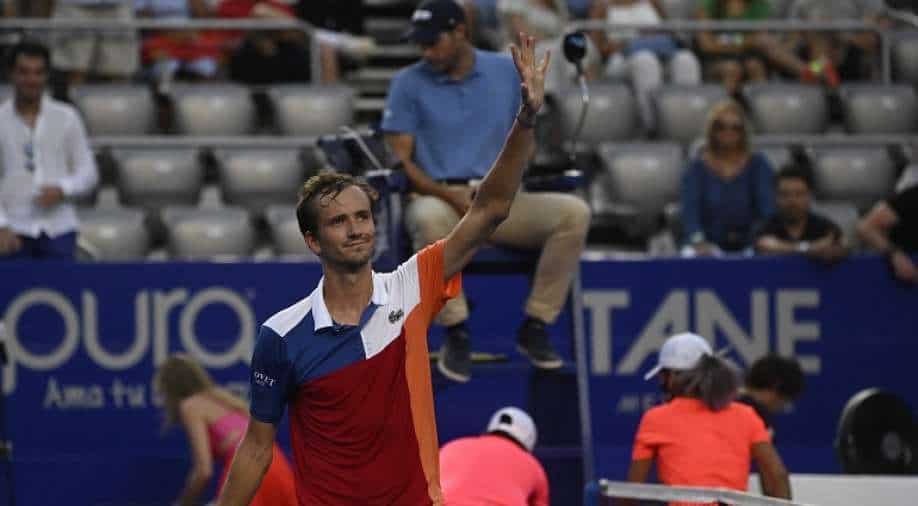 Daniil Medvedev on Monday became the 27th player to reach No. 1 in the ATP Rankings. The 26-year-old passes Serbian Novak Djokovic.

Daniil Medvedev on Monday became the 27th player to reach No. 1 in the ATP Rankings.

"Of course I am happy to reach No. 1. It was my goal since I was young and especially my goal in the latest times," Medvedev said.

"I got a lot of messages from many people and from other tennis players and I just want to thank everybody for the big support."

ALSO READ: Not Rahul or Kishan! Ex-Australia spinner names batter who should open with Rohit for India in T20Is

Medvedev is the first player outside the 'Big Four' of Djokovic, Roger Federer, Rafael Nadal and Andy Murray to hold the top spot in 18 years, three weeks and six days, since Andy Roddick on 1 February 2004.

The last time there was a new World No. 1 was more than five years ago, when Murray made it there on November 7, 2016.

Medvedev is the third Russian to achieve the feat, joining Yevgeny Kafelnikov and Marat Safin. Kafelnikov spent six weeks atop the ATP Rankings and Safin was in the top spot for nine weeks.

Medvedev, who stands at 198cm, is the tallest player to earn the honour in the history of the ATP Rankings.

The 26-year-old is also the sixth-oldest player to reach World No. 1 for the first time.

Guaranteed to claim the top spot when Djokovic lost on Thursday in the quarter-finals of the Dubai Tennis Championships against Jiri Vesely, Medvedev last week reached the semi-finals in Acapulco.