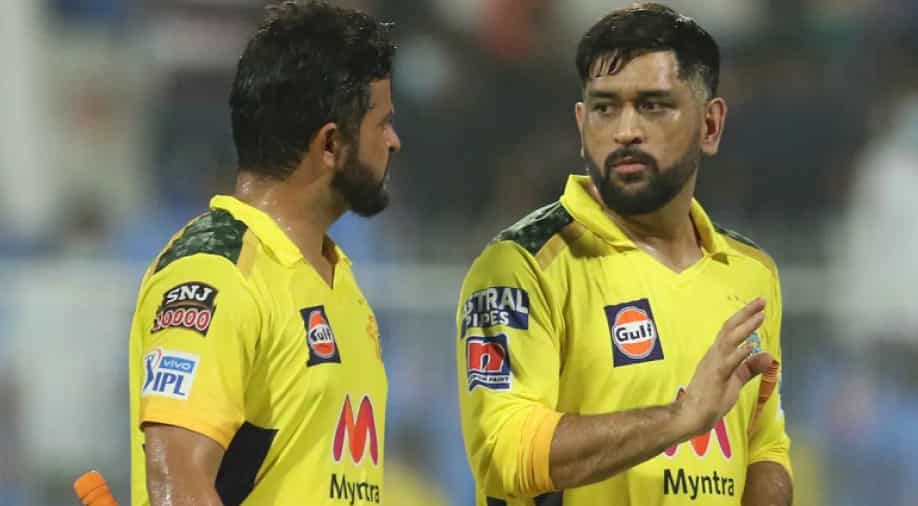 In the IPL 2021 final between Chennai Super Kings (CSK) and Kolkata Knight Riders (KKR), MS Dhoni is set to become the first cricketer to attain a massive record.

MS Dhoni remains a legendary name in world cricket. The Jharkhand-born cricketer made his international debut in 2004 and retired from the highest level on August 15, 2020. Despite his retirement, he remains a big name in the cricketing fraternity and the 40-year-old is gearing up for his 10th IPL final as the three-time champions Chennai Super Kings (CSK) are set to lock horns with Kolkata Knight Riders (KKR) in the IPL 2021 finale, on Friday (October 15).

Ahead of the summit clash of the 14th edition, Dhoni is set to attain a massive record. The legendary CSK captain will become the first player to captain in 300 T20s when he takes on the field for the Yellow Army versus Eoin Morgan-led KKR, at the iconic Dubai International Cricket Stadium, Dubai.

ALSO READ | KKR vs CSK, IPL 2021 Final Live Streaming: When and where to watch Kolkata vs Chennai match?

Most matches as captain in T20s

Talking about Dhoni's T20 career, the veteran wicketkeeper-batsman has amassed a staggering 6,935 runs at 38.31 with 27 half-centuries. As a captain, the former Team India and current CSK skipper has won every major title in the shortest format -- T20 World Cup, 2016 Asia Cup T20, Champions League (CLT20), IPL (thrice). The retired international cricketer will, thus, be desperate to win his fourth IPL trophy with the Chennai line-up in what will be his 300th T20 game as captain.

In IPL 2021, Dhoni hasn't done anything extraordinary with the bat. However, he came to his own and finished the game in style for CSK in Qualifier 1 -- versus Delhi Capitals (DC) -- with a quickfire 6-ball 18* whereas his keeping and captaincy remains a potent weapon for the Yellow Army. Will he take CSK to their fourth title in his landmark game as captain? Only time will tell..