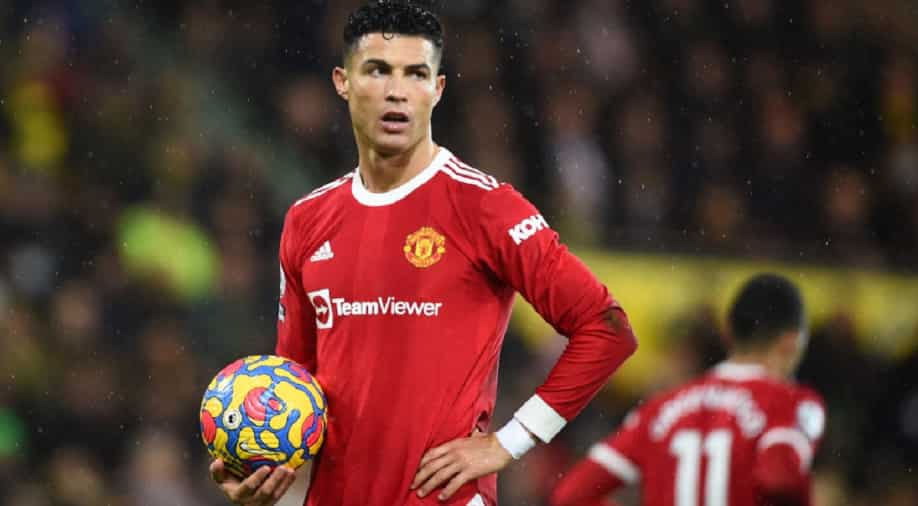 Recently, it was revealed that Ronaldo has shown interest in moving to Chelsea after requesting to leave Man United. However, now another report have emerged regarding the superstar footballer's likely move out of the Red Devils' camp.

There has been a lot said and written about Cristiano Ronaldo's days in Manchester United. While first it was confirmed by Ronaldo himself that he is very keen on staying back and leading the club to glory in the next few seasons, the situation has turned upside down ever since.

Recently, it was revealed that Ronaldo has shown interest in moving to Chelsea after requesting to leave Man United. However, now another report have emerged regarding the superstar footballer's likely move out of the Red Devils' camp.

For the unversed, Ronaldo's agent Jorge Mendes has reportedly held talks with Bayern Munich as well as with Chelsea over his client's potential transfer this summer. Nonetheless, some reports have also claimed that Mendes has also met with Barcelona FC President Joan Laporta. The report of Mendes meeting Laporta was first reported by the Spanish publication AS. While nothing is official yet, his agent's meeting with the Barca president has led to widespread reaction as the club is the biggest rival of Real Madrid, where Ronaldo played for 9 years. In addition, the Portuguese captain's arch-rival Lionel Messi played most of his club football with Barcelona (for as many as 16 straight seasons, from 2005/06-2020/21).

Man United, under new manager Erik ten Hag, is aiming to revamp the whole squad before the new season. However, their lack of signings reportedly disappointed Ronaldo to start looking elsewhere and bring curtains to his second innings with the Red Devils. On Monday (July 04), as per Sky Sports, Man United are set to offer Christian Eriksen a three-year deal after the Danish football player agreed in principle to sign for the club. However, the 30-year-old midfielder will still have to agree to the personal terms with the Red Devils before he goes through a medical to finalise his move.

While Eriksen looks set to join the premier club, Ronaldo is likely to make a move after rejoining the team last year from Juventus.