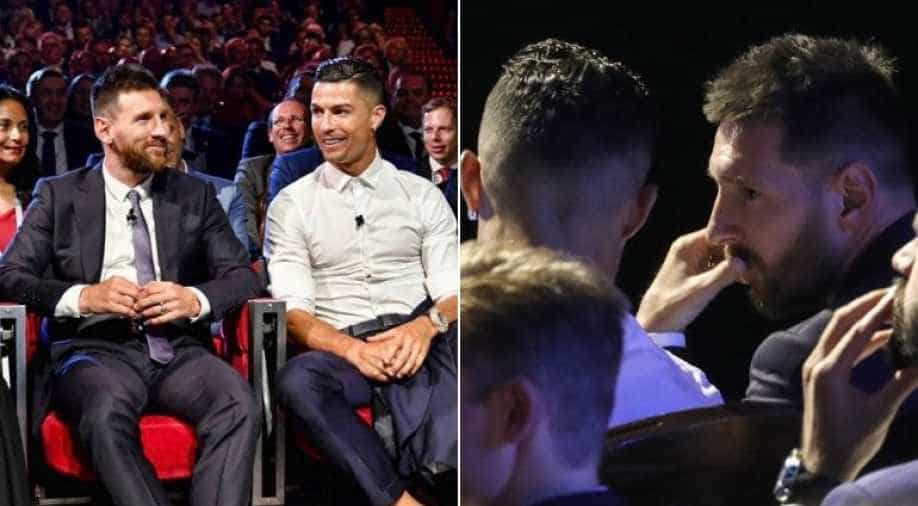 During the ceremony, Ronaldo was asked about his relationship with Messi

Lionel Messi and Cristiano Ronaldo, one of the most popular rivalries in sports, was spotted in a completely different avatar during Thursday's Champions League draw in Monaco.

Messi and Ronaldo were seated next to each other during the ceremony and were seen sharing smiles.

During the ceremony, Ronaldo was asked about his relationship with Barcelona's Messi, he said he hopes the pair could share dinner.

"We have shared the stage 15 years. I don't know if that's happened before - the same two guys on the same stage all the time," Ronaldo said.

"Of course, we have a good relationship. We haven't had dinner together yet, but I hope in the future," he added.

"We had that battle in Spain. I pushed him and he pushed me as well. So it's good to be part of the history of football," said Juventus star.

Legends of all time.. a video of a decade and half legendary!! #GOAT #Messi #Ronaldo pic.twitter.com/JhjKW77O5x

Ronaldo and Messi have enjoyed a fierce rivalry at the pinnacle of the sport, and dominated the football landscape having swept individual and team accolades for well over a decade.

Messi and Ronaldo had claimed five of the previous eight awards between them, with Andres Iniesta (2012), Franck Ribery (2013) and Luka Modric (2018) completing the winners' list.

Though the two lost out to Liverpool defender Virgil van Dijk in the men's Player of the Year award category in Monaco on Thursday.