Cricket: 'It happens when you don't expect it': James Bracey gears up for his debut at Lord’s 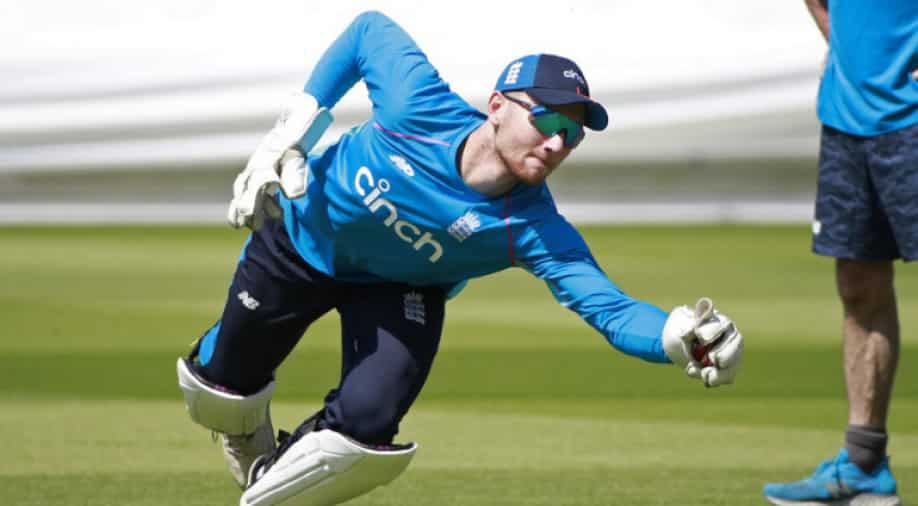 James Bracey has said that he is a touch anxious ahead of his probably Test debut at Lord's against New Zealand.

At the point when England reported their 55-man to get back to training squad the previous summer, it's likely reasonable to say James Bracey was in the external circle among contenders for the Test side. However, Bracey, a wicketkeeper-batsman from Gloucestershire, who had intrigued for England Lions on their 2019-20 visit through Australia, immediately established a pastiche. A year on, he is near to a Test debut at Lord's.

Bracey has said that he is a touch anxious ahead of his probably Test debut at Lord's against New Zealand. Nonetheless, he stated that nerves will in general assist him with flourishing pressing factors.

He looks all set to make his Test debut as a wicket-keeper when England takes on the BlackCaps in the initial Test, beginning June 2. The improbable chance has come James Bracey's way after England's wicketkeeper Ben Foakes endured an oddity hamstring injury while playing for Surrey a couple of days prior.

In a conversation with Sky Sports, James Bracey said that he is both apprehensive and energised. He said in such manner:

“As you would expect, two days left for a possible debut, nerves have started kicking up a bit. But I have been helped by the fact that I have been in and around the setup for the last year or so. It certainly makes things a lot easier. Not coming in and meeting loads of people you have been watching on telly for a while and get to know the coaches. All that stuff sort of fell into place, which was nice from the prospect of the cricket side of things," the Englishman he said.

“Always get a few nerves, everyone does. It is natural. I think I have learned to channel that in a better way in the last couple of years or so and use that as a bit of a positive. I feel that when I am a bit nervous, and there’s a little bit more riding on things, I tend to come good and thrive under that sort of pressure" - he added.

James Bracey said that while he is glad for the chance to address his group in Test cricket, he is gutted for Ben Foakes. Ben Foakes was administered out of the initial Test against New Zealand in the wake of sneaking in his socks and tearing his left hamstring following a game for Surrey against Middlesex a couple of days back. He said in such manner:

"I'm really excited but gutted for Ben. I had a lot of times this winter, tried to calculate how I was getting in the team and how I was going to get that opportunity. A lot of the time, it happens when you don't expect it, and hopefully, that time is now. I've benefitted from Ben having a freak accident, and it's an opportunity for me to not only show what I can do with the gloves but with the bat as well."

James Bracey said that his time went through with the squad throughout the most recent year made him sure he could "do a job in Test cricket in the top three", yet he is bound to make his presentation batting at No. 6 or 7. Such flexibility, added to his utility behind the stumps, is simply liable to help his situation with regards to being essential for anticipating England's significant Test objective this year - the Ashes excursion to Australia.

"It's hard not to think about it but I'm trying to stay present, there are seven Test matches this summer and a lot can happen. I'm really excited about the possibility of playing two of the world's best teams this summer and obviously an Ashes tour next winter is another goal as well. We'll see how these first few games go and then hopefully I'll be in a position where I can't be ignored" - he said.