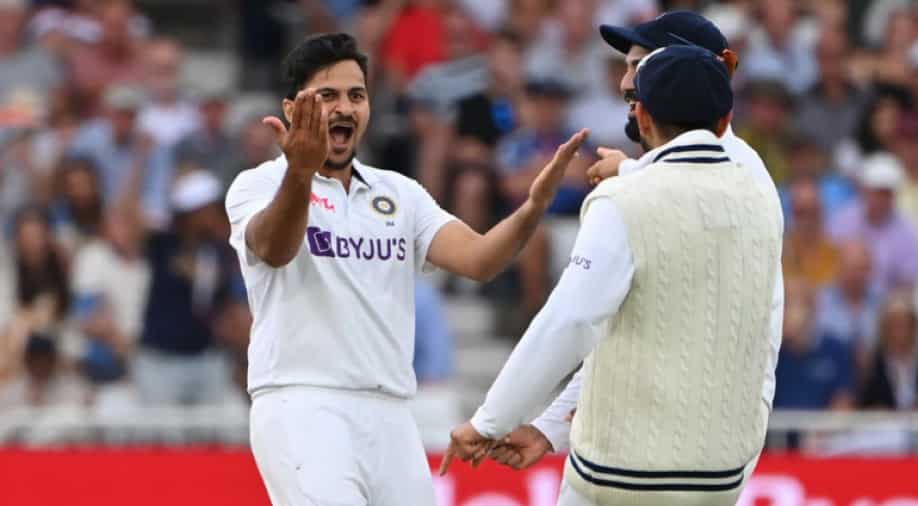 It was Shardul Thakur who got the immensely significant wicket of Joe Root in the last session, which prompted an England collapse.

Shardul Thakur partook in another effective Test excursion as he bagged two wickets on Day One of the first Test against England at Trent Bridge.

Fans saw a predominant bowling show from any semblance of Jasprit Bumrah and Mohammed Shami. Although, it was Thakur who got the immensely significant wicket of Joe Root in the last session, which prompted an England collapse.

ALSO READ: IND vs ENG, 1st Test, Live Streaming: When and where to watch India vs England?

In a post-match interview, Shardul Thakur uncovered that he was so satisfied to pick the wicket of one of the big names in Test cricket.

"At one point, we didn't think we'd get them all out but the climate was playing funny. The sun was out for a while and it was cloudy for a while, I was really happy we got ten wickets," he said.

"Bairstow was going well, he was poised to score a fifty so getting him out at that period was crucial. As soon as we got him, wickets started tumbling," he added.

The medium-pacer additionally expressed that he liked bowling with the Dukes ball in the English conditions.

"To get him out in the 60s or 90s or early, is always a good wicket to have. If we look at the pitch, it didn't feel like it will turn a lot as the game goes on, so we thought it was better to go in with four-seamers," he said.

"I am enjoying the Dukes' ball and English conditions. It's swinging nicely for us, I hope it continues," he added.