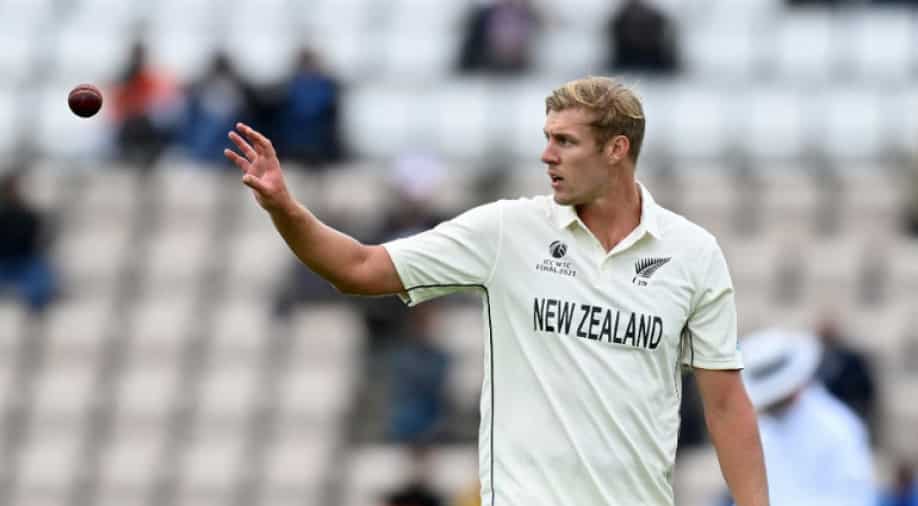 All-rounder Kyle Jamieson proved to be a match-winner for New Zealand in the ICC World Test Championship Final. Indian skipper Virat Kohli lavished high praise on Jamieson as he said that his height gives him an added advantage while adding the Indian batters didn’t put him under enough pressure.

All-rounder Kyle Jamieson proved to be a match-winner for New Zealand in the ICC World Test Championship Final as the Kiwis defeated India by eight wickets to lift the Mace at the Hampshire Bowl in Southampton on Wednesday.

Jamieson picked up a match total of seven wickets including a five-wicket haul in the first innings to help New Zealand win the summit clash against India.

Indian skipper Virat Kohli lavished high praise on Jamieson as he said that his height gives him an added advantage while adding the Indian batters didn’t put him under enough pressure. Kohli further praised Jamieson’s consistency with the red ball while citing his prolific numbers in Test cricket. Notably, Jamieson and Kohli both play for the Indian Premier League franchise Royal Challengers Bangalore.

ALSO READ: 'It's nice to get one under the belt', says Kane Williamson after winning WTC Final

“He's a very good bowler, similar to many that I've faced in my career so far. His height I think gives him an added advantage. I truly believe that we did not put him under enough pressure. We allowed him to bowl in similar areas for long periods of time and probably didn't work out the areas that we could score against him, and that was probably down to his consistency, as well. For a tall guy like that to not miss his length so often is quality, and his consistency is what made it very difficult for all of us,” Kohli said in the post-match press conference.

“So yeah, nothing drastically different from something that we have faced over the years, but yeah, just his consistency from the height which he bowls at and his accuracy was something that worked in his favour, and he's had a great start to his career and his numbers are what they are because he's very consistent with the ball,” the Indian skipper added.

Jamieson scalped 43 wickets in seven matches for New Zealand in the World Test Championship cycle while also adding valuable runs down the batting order. The tall all-rounder proved to be an X-factor for the Kiwis as they won their first ICC trophy since 2000.