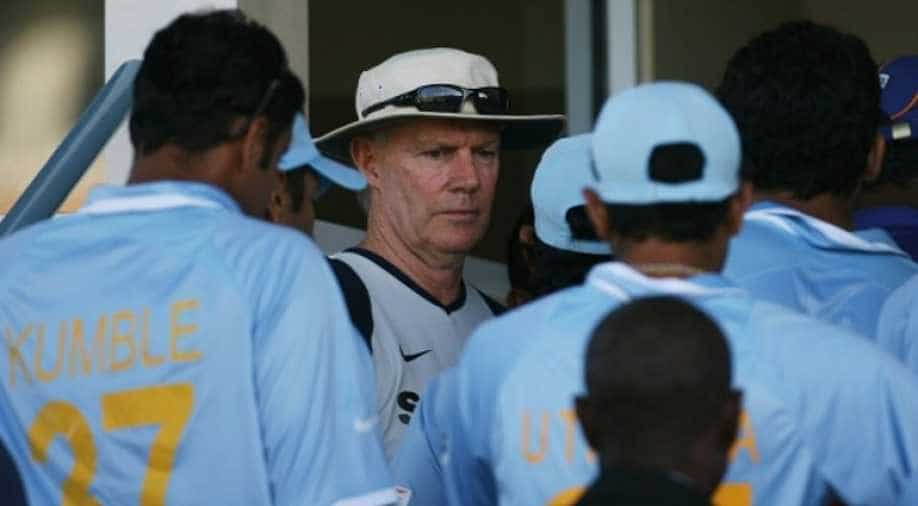 Former Australian skipper Greg Chappell's stint as Team India's head coach was a very controversial one. His decision to drop Sourav Ganguly from the team after taking away his captaincy was immensely criticised.

Former Australian skipper Greg Chappell's stint as Team India's head coach was a very controversial one. His decision to drop Sourav Ganguly from the team after taking away his captaincy was immensely criticised. Chappell recalled his time as an Indian coach and addressed his issues with Ganguly.

ALSO READ: 'What India are trying today, Australia did this years ago': Inzamam-Ul-Haq

“The two years in India were challenging on every front. The expectations were ridiculous. Some of the issues were around Sourav being captain. He didn’t particularly like working hard. He wasn’t really looking to improve his cricket. He just wanted to be in the team as captain, so that he could control things. It was challenging and wonderful, working with Tendulkar, Sehwag, Dravid and Kumble, some of the young players. Dhoni came into the side” Chappell said on Cricket Life Stories Podcast.

“Ganguly was the one who approached me about coaching India. I had other approaches but I decided that since John Buchanan was coaching Australia… And If I couldn’t coach Australia then I would love to coach the most populous, fanatical cricket country in the world, and that opportunity came about because Sourav, who was the captain, made sure that I did.”

In an interview with Bengali daily Sangbad Pratidin last month, BCCI chief Sourav Ganguly said that getting dropped was the 'biggest setback'.

“That was the biggest setback of my career,” Ganguly said.

“It was absolute injustice. I know you can’t get justice all the time but even then that treatment could have been avoided. I was the captain of the team which had just won in Zimbabwe and I get sacked after returning home?”

“I dreamt of winning the 2007 World Cup for India. We had lost in the final the previous time. I had reasons to dream too. The team had played so well under me for the last five years whether it was home or away. Then you suddenly drop me? First, you say I’m not in the ODI side, then you drop me from the Test team too,” Ganguly added.

IPL 2021: AB De Villiers gets out for zero for the 10th time after RCB's flop show vs KKR