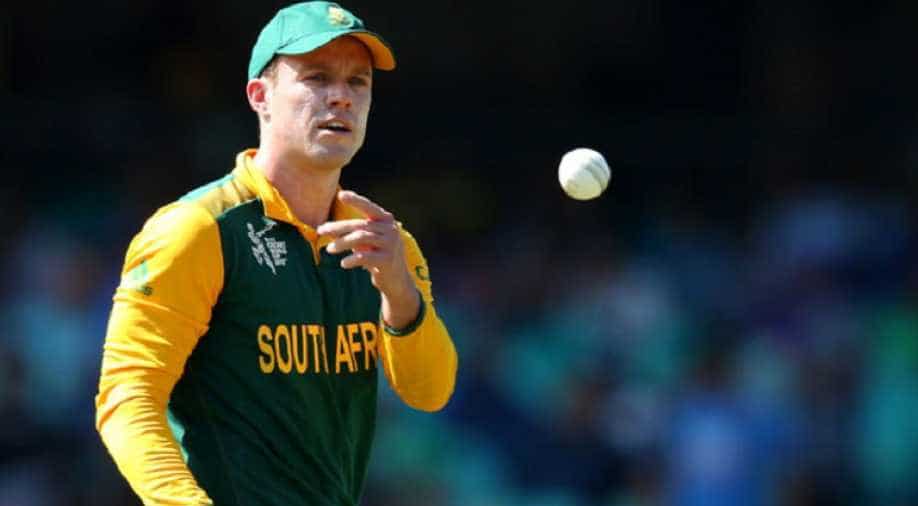 'Discussions with AB de Villiers have concluded with the batsman deciding once and for all, that his retirement decision will remain final' - A statement from Cricket South Africa.

The last time AB de Villiers played for his national side was in March 2018. It was a Test match against Australia at the Wanderers, and it was Ab de Villiers' 114th Test for his country. After that, he showed up for Royal Challengers Bangalore in the IPL, and towards the end of the tournament, he declared his retirement from international cricket in 2018 which stunned the whole cricketing clique.

The batting maestro said that he was 'tired' and of playing a lot of cricket.

He was at the top of his form, yet choose to retire. Over a year later, news surfaced that the swashbuckling batsman had offered to get back to his national side for the 2019 World Cup, yet his offer was dismissed. Till today, news has been gliding around that he is still in talks for a return to the national side.

Cricket South Africa has settled speculations in regards to the comeback of AB de Villiers in global cricket, expressing that conversation with the batsman has 'concluded' with him choosing 'once and for all' that his retirement will stay final.

On Tuesday, the CSA named the squads for Ireland and the West Indies series, with off-spinner, Prenelan Subrayen, joining the Proteas Test squad for the two-match series against the West Indies in the Caribbean island of St. Lucia one month from now.

"Discussions with AB de Villiers have concluded with the batsman deciding once and for all, that his retirement decision will remain final," Cricket South Africa said in a statement.

Twitter was buzzing as soon as Cricket South Africa released the statement:

That is terrible news for South Africa. He really wanted to play this tournament, and I cannot understand how why the South African cricket authorities didn't jump at this opportunity. https://t.co/v5CJzX69XZ

So one more minnow in South Africa at the T20 World Cup then... https://t.co/dSmIOJ6tiG

Was AB not ready to come out of retirement and said he’s been in talks with Boucher just last month? Anyway, cricket’s loss.

Sometimes, teams need one person who can make something happen, a person who will go about as the impetus to push the whole squad. AB de Villiers is a player of that caliber. He is a man who can shift the direction of a game in a matter of a couple of overs, and it is this sparkle of brightness that South Africa seriously misses in their present set-up.

De Villiers will go down as one of the best South African batsmen ever, regardless of whether he plays further for his country. South Africa remains to acquire from the presence of a genius like De Villiers on their side. He stays one of the world's best T20 players and was in hot form during IPL 2021, scoring 207 runs in six innings at an average of 51.75 and a strike rate of 164.28.