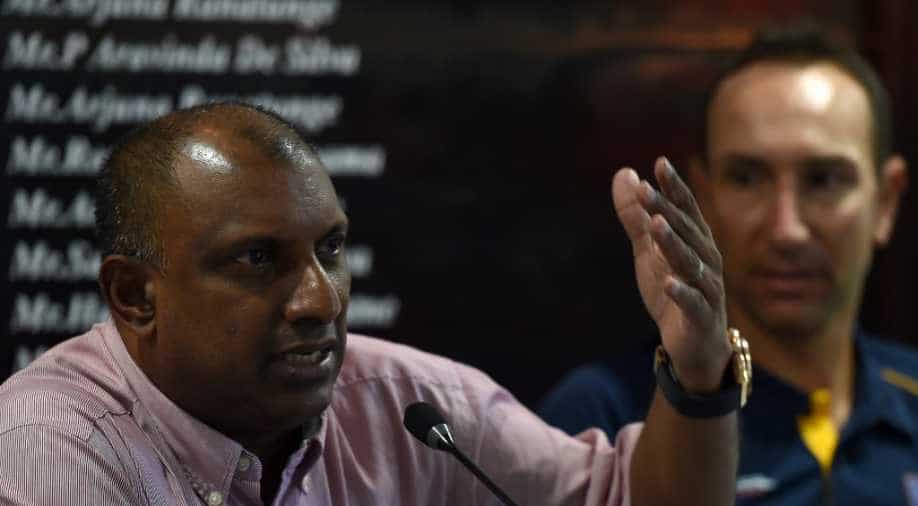 The former World Cup-winning captain received a lot of backlash for his comments. Several former cricketers fumed of on Ranatunga's remarks, now his own fellow teammates have reacted to his statements.

Arjuna Ranatunga's comments on Indian team management has caused quite some stir ahead of the India vs Sri Lanka series. Ranatunga criticised the Sri Lankan cricket board for hosting a "second-string Indian team".

"This is a second-string Indian team and their coming here is an insult on our cricket. I blame the current administration for agreeing to play with them due to television marketing needs," Ranatunga, had told reporters at his residence, according to news agency PTI.

The former World Cup-winning captain received a lot of backlash for his comments. Several former cricketers fumed of on Ranatunga's remarks, now his own fellow teammates have reacted to his statements.

Aravinda De Silva, who played a key role in the 1996 World Cup (where Ranatunga lifted the coveted trophy), has disagreed with his former captain and said that Team India has so much depth and cannot be termed a "second-string" side.

"India has got (an) enormous amount of talent going around at the moment and there is no way you call any side a second string," De Silva said during a virtual group interaction.

"If you look at the current way of handling players, looking at current situation(s) world-wide, there is a rotation (of players) all over the world and these players being in a bubble has become very challenging for some of these youngsters, it is not easy," added De Silva.

"….it is very important to keep their minds occupied, maybe it will come to a stage where rotating some of these players, even some of the officials to that extent, because they are put in some of these bubbles has taken the toll on some of these youngsters and officials.

"So, I guess, this method might be something for the future. Even if you send a second string team or third team string, it is not a third string team, it is a rotational sort of (arrangement)," he added.

"…I guess I won't blame anyone for changing squads and sending different squads on various tours, that I guess is going to be the future,” said 55-year-old De Silva, who has played 93 Tests.