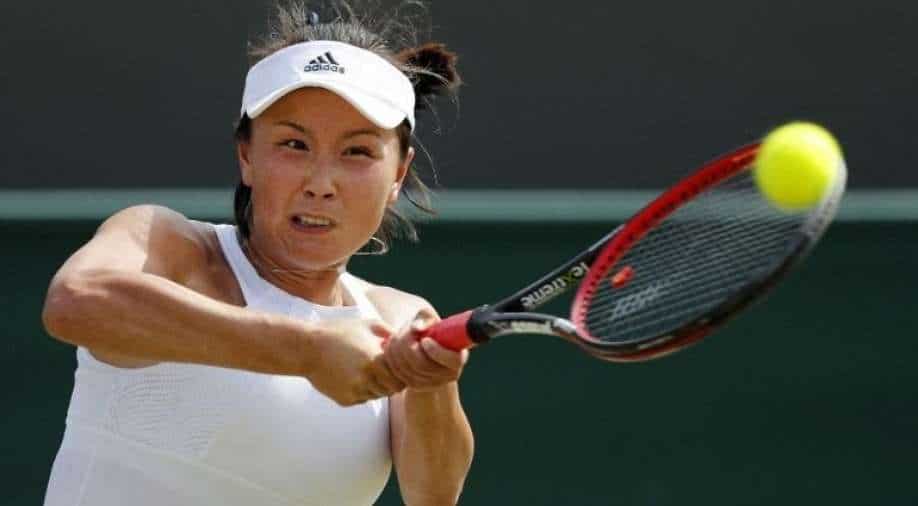 Qingqing Chen, a reporter for the state-owned Global Times, tweeted a video of Peng appearing to speak with Chinese basketball icon Yao Ming.

Fresh unverified footage of Peng Shuai was posted online by a state-affiliated journalist on Sunday as international concern persists for the Chinese tennis star after she publicly accused a former vice-premier of forcing her to have sex.

Qingqing Chen, a reporter for the state-owned Global Times, tweeted a video of Peng appearing to speak with Chinese basketball icon Yao Ming.

Chen said the video was sent to her by a "friend" and that it was taken at an event to promote cross-country skiing in Shanghai.

A friend sent me this video showing Chinese tennis star player Peng Shuai talked with Yao Ming, one of the most beloved players in @NBA history, this morning at an event “FIS Cross-Country Skiing China City Tour’ in Shanghai. pic.twitter.com/Ebduv5rean

So happy to see some of these prominent Chinese sports stars, besides Yao Ming and Peng Shuai, also, Olympic sailing champion Xu Lijia and table tennis Wang Liqin, cheer for ice sports ahead of @Beijing2022 pic.twitter.com/3xP5CyrPhX

The foursome were standing next to a banner for the "FIS Cross-Country Skiing China City Tour" with Shanghai's Yangpu bridge in the background.

The Shanghai stop of the cross-country ski tour took place on Saturday, according to the state-run CGTN news site.

However, many Chinese diplomats and official state media have accounts to defend China's point of view.

Peng, a former Wimbledon and French Open doubles champion, took to Chinese social media in early November to allege that former vice-premier Zhang Gaoli -- who is in his 70s -- forced her into sex during an on-off relationship spanning several years.

Her message was quickly scrubbed from the Chinese web, but not before screenshots were posted on Twitter, sparking a worldwide outcry.

The Women's Tennis Association has called for Peng's allegations to be investigated fully and transparently.

ALSO READ: The curious case of China vs rest of world over a 'missing' tennis star

The sporting body announced earlier this month that it was suspending all tournaments in China, including Hong Kong, over concerns about Peng's safety.

State media have previously published other images of Peng at a Beijing tennis tournament as well as a screenshot of an email allegedly written by the player saying "everything is fine".

Peng also participated in late November in a 30-minute video call with Thomas Bach, head of the International Olympic Committee.

But the WTA and fellow tennis players have continued to call for more transparency from Beijing over Peng's whereabouts.