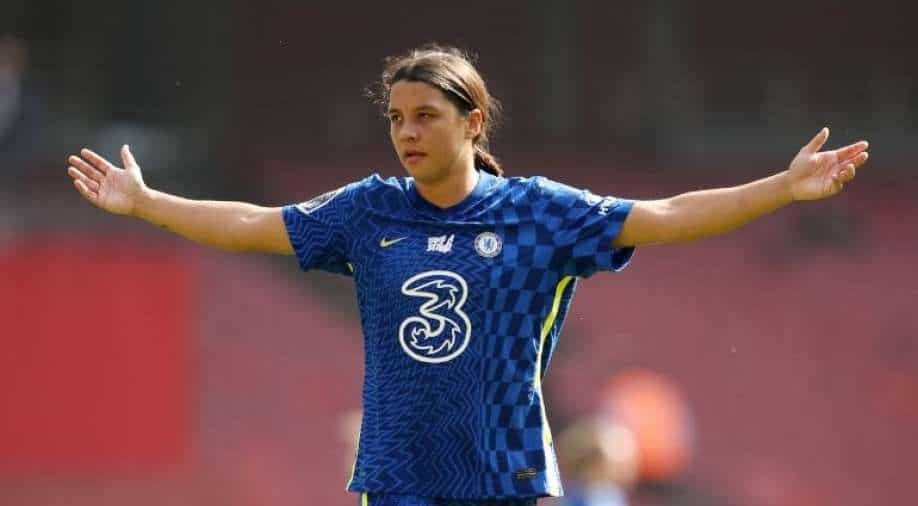 Kerr has been in stellar form in the Women's Super League since making her debut for the London club in January 2020, helping Chelsea to back-to-back titles and finishing as the league's top scorer last season.

Chelsea striker Sam Kerr has said she will look to return to Australia at the first opportunity as she struggles with homesickness amid the ongoing COVID-19 pandemic.

Kerr has been in stellar form in the Women's Super League since making her debut for the London club in January 2020, helping Chelsea to back-to-back titles and finishing as the league's top scorer last season.

But while Kerr has flourished on the field, restrictions put in place due to the pandemic severely limiting travel to and from Australia have left her feeling increasingly isolated.

"Being away from home is the biggest struggle I am having at the moment," Kerr told News Corp.

"My coach Emma (Hayes) knows that...the problem for me and a lot of the Aussie girls is we just don't know the next time we will see our families.

"We don't know when we'll get home and that's really tough.

"I've said to Emma that when the border opens, I am on the first flight home."

Australia has imposed some of the tightest restrictions in the world, with the number of arrivals into the country limited and those who are granted approval to travel are required to undergo compulsory hotel quarantine for 14 days.

As a result, Kerr has not been able to return to Australia since joining Chelsea, with games for her national team also being played overseas as a result of the pandemic.

"It's hard when in the UK it is such an open life...they have learned to live with Covid but in Australia...it seems a slower process to get to this point," she said.

"I've been here for two years now and no one has come and seen a game, not one of my family members...and I haven't been home to see my Nan, who is in her 80s."