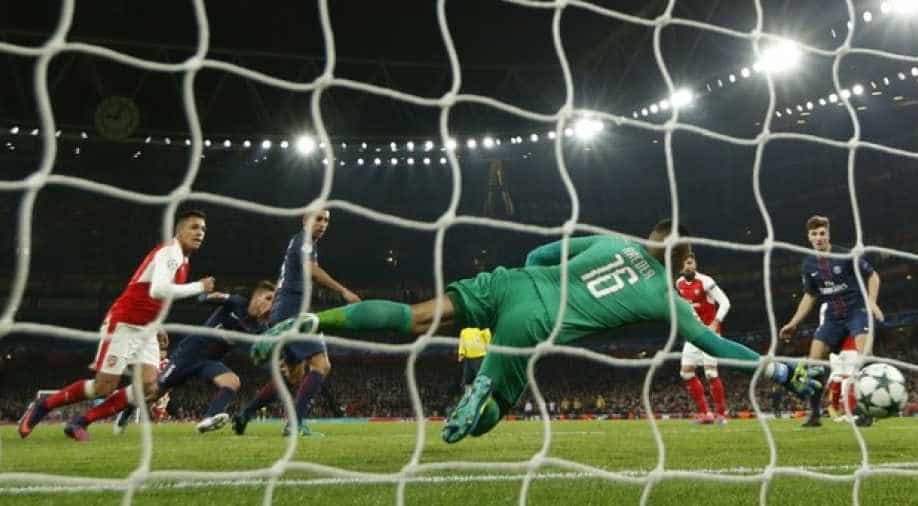 Paris Saint-Germain's Marco Verratti scores an own goal and the second goal for Arsenal. Photograph:( Reuters )

Arsenal and Paris St Germain's hopes of topping Champions League Group A were still in the balance after they played out an entertaining 2-2 draw at the Emirates on Wednesday.

Lucas's deflected 77th minute header earned PSG a point when it had looked as though a comical own goal on the hour from Marco Verratti would settle the contest between the joint group leaders.

Edinson Cavani gave the French champions a deserved early lead and they looked comfortable until Olivier Giroud equalised with a penalty seconds before the interval.

The two teams, both of whom are already assured a last-16 spot, remain locked on 11 points from five games going into their final fixtures.