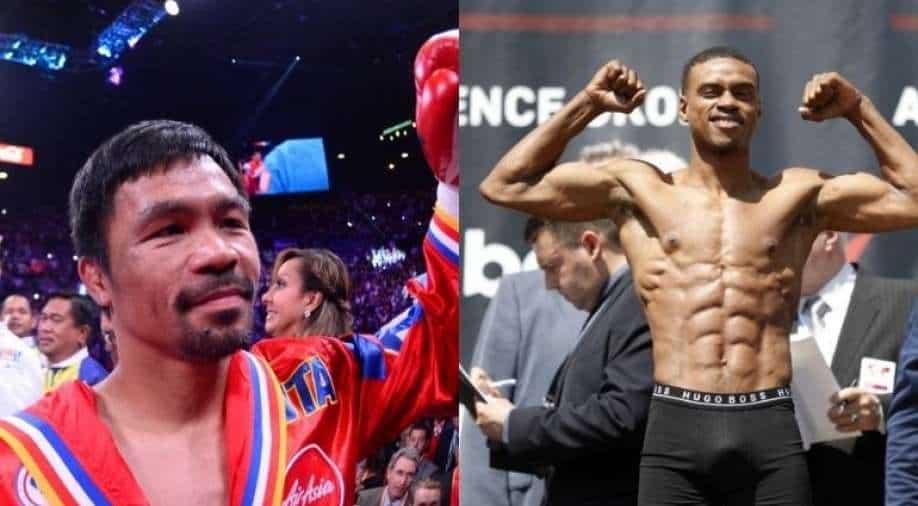 Manny Pacquiao will face Errol Spence Jr. on Aug. 21, according to social media announcements from both boxers on Friday.

The bout will be offered on Fox pay per view. The venue is expected to be the MGM Grand, according to The Athletic, though Pacquiao told the website he hoped the fight would be at the Raiders' home, Allegiant Stadium, which features a 70,000-seat capacity.

"I love to challenge the top guy," Pacquiao, 42, told The Athletic in an interview from the Philippines.

Manny Pacquiao Promotions president Sean Gibbons told ESPN, "Many people believe Spence is the best welterweight in the world and one of the best pound-for-pound fighters in the world, and Pacquiao has never shied away from fighting real fights.

"He's not going to make a fool of himself fighting YouTubers or social media guys like Floyd Mayweather is, and he wants to continue his legacy. He's always fought the best, and he doesn't want to change now."

Mayweather has agreed to a June 6 exhibition bout with YouTuber Logan Paul.

Mayweather and Pacquiao fought in 2015, with Mayweather taking the victory.

In his most recent fight, in July 2019, Pacquiao beat Keith Thurman in a split decision to win his since-vacated WBA super welterweight title belt.