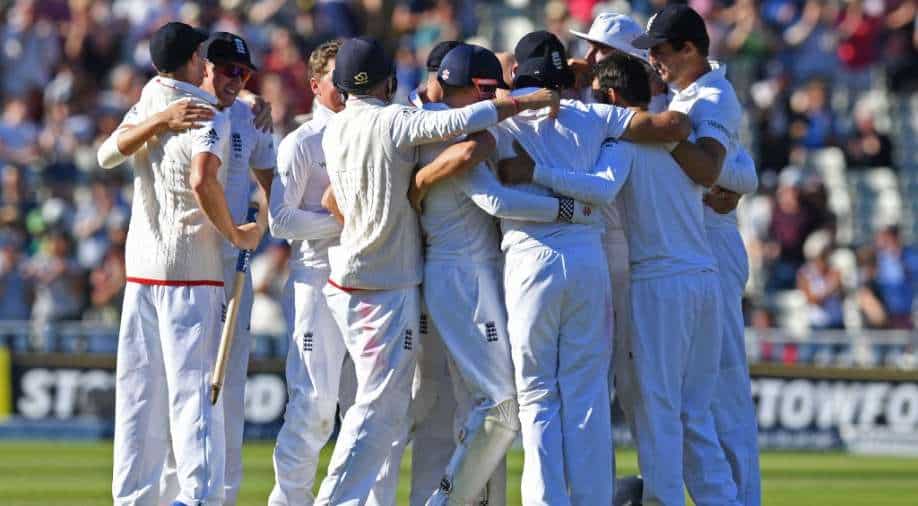 A photograph gallery containing a picture of England cricket team in a huddle among other images was blocked by Facebook for containing "overtly sexual" content.

A photograph gallery containing a picture of England cricket team in a huddle among other images was blocked by Facebook for containing "overtly sexual" content.

According to a report in BBC, the owner of the digital photo gallery, Mike Hall has insisted that none of the 400 photographs contained any "risque" content but were taken down by Facebook following his attempt to use them as ads on the social media platform.

Among the other 400 images that were surprisingly taken down by Facebook included a frame of a cow standing on a field, a Hong Kong timeline, a high-rise buidling, firework display. The reason provided by Facebook to ban the images ranged from “promoting weapons” to “overtly sexual” content.

Notably, Facebook's ad policies restrict the promotion of "adult" products and services – a rule that the England cricket team bizarrely found itself on the wrong side of.

However, the ads were later restored with Facebook apologising to the photographer as they admitted that the photographs were "restricted in error”.

The image of the England cricket team was taken clicked during the fourth Test against India at Southampton in 2018 - a series remembered for being Alastair Cook's last Test series. The gallery contained images of a team huddle ahead of day's play and slip cordon featuring Root, Cook, Ben Stokes and James Anderson.

“When you’re running a small business, or any business where you’re trying to figure out what’s gone wrong,” Hall told BBC. “You can’t have an arbitrary process with no-one to talk to. When I set up my account with Facebook I had to verify my business with them – but after that, it fell into an abyss.”