Big challenge to come back after injury but it's Tiger Woods, he proves us wrong always: Martin Dempster 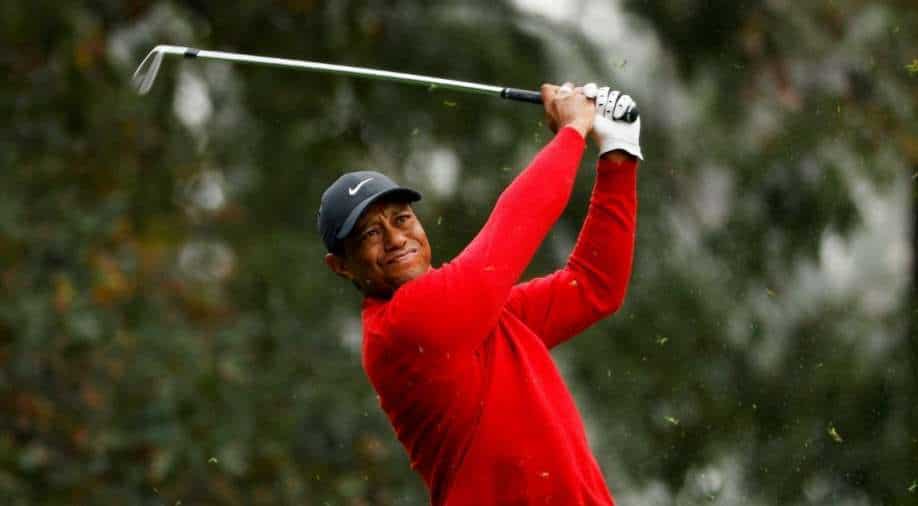 Tiger Woods' accident sent shock waves in the sporting world when police said that the golfer was "lucky to be alive". Photograph:( Reuters )

Tiger Woods is set to make an appearance as he is set to address the press conference for the first time since the car accident on November 30.

Tiger Woods sustained life-threatening injuries in February this year and had to undergo surgery on his lower right leg, his foot and ankle after the horrific car accident in Los Angeles. The single-vehicle roll-over collision sent shock waves in the sporting world when police had informed that the golfer was "lucky to be alive".

The 15-time major winner was driving in an LA suburb and veered off the road and flipped multiple times. After spending almost one month in the hospital, Woods had returned to his home in Florida where he continued with his rehabilitation.

Ever since the car accident, the world has been wondering whether the legendary golfer will make a comeback. However, he created a buzz recently when he posted a video on Twitter of himself hitting balls. He had captioned it: "Making progress".

Woods is set to make an appearance as he will address the press conference for the first time since the car accident on Tuesday (November 30).

Ahead of the much-awaited presser at this week's Hero World Challenge in the Bahamas, WION's sports editor Digvijay Singh Deo spoke to some experts on Tiger Woods' career.

WION is currently at the heart of the Hero World Challenge in the Bahamas as we are bringing all the latest happenings from the event.

"I know he is coming here tomorrow [Nov 30] which is fantastic. I think he would want to be here, he is not playing and that's unfortunate. But for Tiger to be here, to show a presence to have a presence and talk to the media, meet other players, that's fantastic," Martin Dempster, Chairman, Association of Golf Writers told WION.

"Tiger is not been since February. Everyone is wondering when Tiger is going to be back. When he will swing a golf club again," Dempster added.

ALSO READ |  Tiger Woods posts photo of himself on crutches, says rehab is 'coming along'

No one can deny the fact that Tiger Woods has gone through a lot in the past, for example, his back problem and again this trauma as doctors had said that he is lucky to be alive. But Woods made a fairytale return from back fusion surgery to capture his 15th major title at the 2019 Masters.

His fans are awaiting a similar feat and hoping that Woods will return to the sport. Commenting on the same, Martin said, "Tiger doesn't make it easier for himself. Does he? Given the back problem. He suffered really serious injuries but Tiger comes back all the time. He proved us wrong time and time again. This is a really big challenge to come back from the injuries he sustained, but it's Tiger Woods."

WION also spoke to V Krishnaswamy, an Indian golf expert, who said, "Whether Tiger is there or not, he is always the story. It's an exciting time I would say. Why Tiger makes a comeback usually at the Hero Tournament, because this is his own tournament, he feels comfortable."

"I think he is gonna make a comeback. Tiger's legacy has so many parts to it. Progress of his career, the entire story is so gripping," Krishnaswamy added.