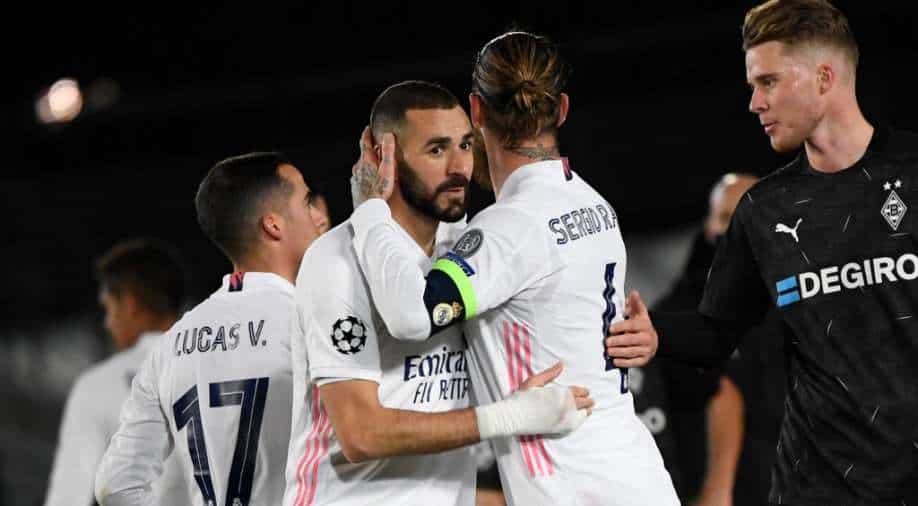 Karim Benzema's brace in the first half put Madrid on top. Despite the loss, Gladbach came in second and have qualified for the Round of 16.

Real Madrid topped the group after beating Borussia Moenchengladbach 2-0 in their best performance in UEFA Champions League this season. Zinedine Zidane's side were nearly knocked out after losing twice against Shakhtar making it a crucial win over Moenchengladbach.

"We played a spectacular game from the first minute to the last," Zidane told reporters.

"We interpreted the game very well, I think it was the most complete performance of the season."

Karim Benzema's brace in the first half put Madrid on top. Despite the loss, Gladbach came in second and have qualified for the Round of 16.

The French coach praised his side's capacity to perform when backed into a corner, also emphasising the importance of winning the group and avoiding the best sides left in the competition in the next round.

"We don't just play well under pressure, we have played well in other games too but it's true that this team has this ability to come into their own when the going gets tough," Zidane said.

"I've been a player and it's impossible to play like this all the time. We try to but sometimes it doesn't come off. I'm very happy for the players, because they are the most important members of this squad."

He added: "It was fundamental that we finished first, it's the first time that has happened since I've been coach."