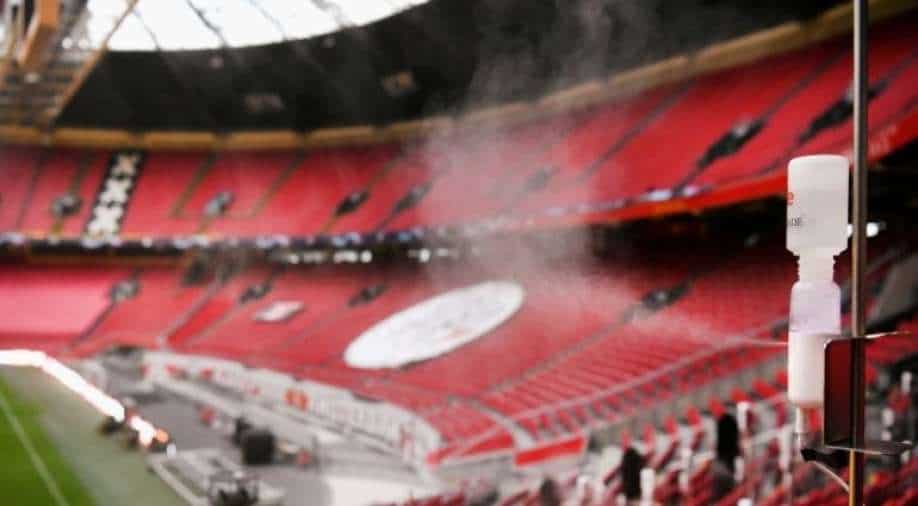 By modelling fine droplets on aerosols that spread COVID-19, scientists focused on how these droplets spread in an open environment

The largest football stadium in the Netherlands’ is being used to understand how COVID-19 spreads. As sport venues try to keep up with the ongoing pandemic, scientists attempted to understand how a group of cheering crowd might contribute to the spread of COVID-19.

By modelling fine droplets on aerosols that spread COVID-19, scientists focused on how these droplets spread in an open environment. 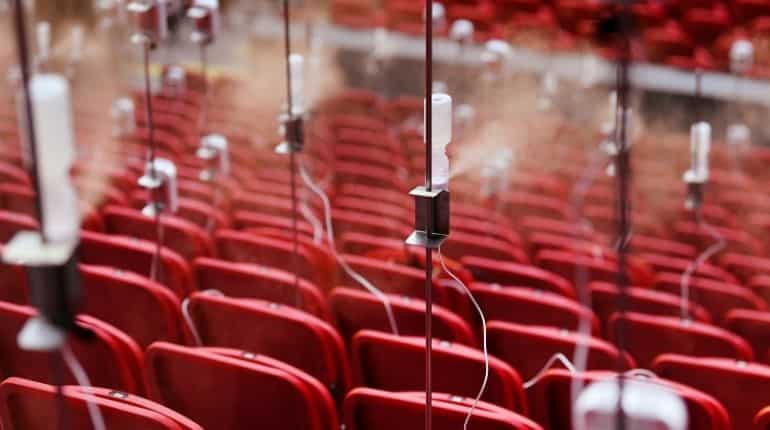 The fine droplets that resembled saliva were sprayed over the empty stands. By understanding how aerosols and airborne particles spread COVID-19, the scientists intend to remove such particles from the air in a bid to bring people back to stadiums and halls.

"There is almost no information in scientific literature about the behaviour of aerosols in this kind of environment", lead researcher Bert Blocken said in conversation with Reuters.

Currently, tests are underway at the Johan Cruyff Arena in Amsterdam, which is home to Ajax Amsterdam.

"We want to get a fundamental insight in the behaviour of aerosols in a stadium filled with football supporters. By air cleaning technologies you can drastically reduce concentrations and make stadiums safe in terms of aerosol transmission of the virus," he added in conversation with Reuters. 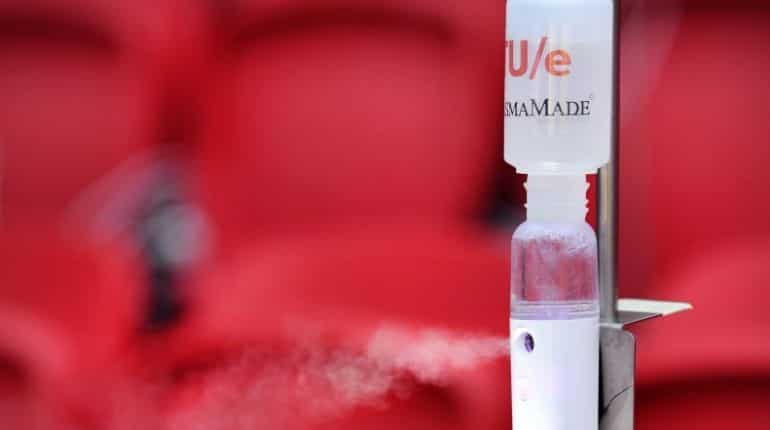 An aerosol generator is seen as Dutch scientists investigate whether football fans can safely return to matches in the experiment which uses hundreds of sensors and aerosols at Johan Cruijff Arena, the stadium of Ajax Amsterdam, in Amsterdam, Netherlands December 7, 2020 | Reuters

Majority of the scientists believe that transmission of COVID-19 through aerosol particles is the primary contributor to the spread of the virus. But it is still unclear to what extent this holds true.

Blocken further said that the researcher will help them understand how to minimise aerosol particles in the air, and how to limit the risk of spreading the virus in open environments packed with people.

Based on the data gathered during weeks of testing, a computer model will look at the effects of COVID-19 on a crowd of 55,000. Soon, researchers hope to receive permission for experimenting with a real crowd of 730 football fans who would be seated close to each other.

The goal, Blocken says, is to bring back people to stadiums - which have largely remained deserted over the last year. In addition, they intend to use mass testing, face masks, and ventilation for the same.