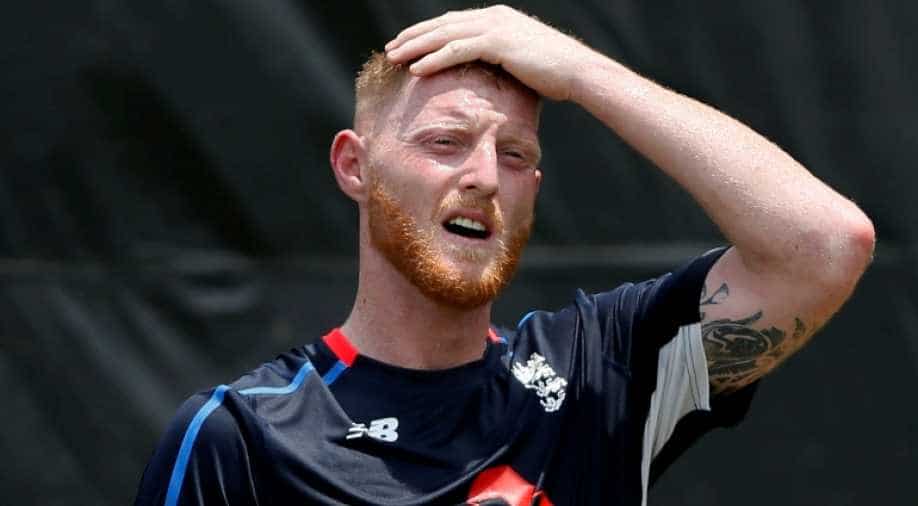 All-rounder Stokes and batsman Hales had appeared before a two-day disciplinary hearing after the England and Wales Cricket Board (ECB) charged the pair with bringing the game into disrepute following the September 2017 incident in Bristol.

Cricketers Ben Stokes and Alex Hales were fined on Friday for their involvement in a nightclub altercation but were cleared to play for England after match bans were either suspended or declared served.

All-rounder Stokes and batsman Hales had appeared before a two-day disciplinary hearing after the England and Wales Cricket Board (ECB) charged the pair with bringing the game into disrepute following the September 2017 incident in Bristol.

Stokes was handed an eight-match ban by the disciplinary panel, which accepted that he had already missed that number of games and therefore remained eligible for immediate selection.

Hales, who faced no criminal charges, was given a six-match ban from England white ball (one day) matches, of which two had been missed already and the rest were suspended for 12 months -- leaving him also available for selection.

The pair, who have both resumed their international careers, had risked anything from a warning to the termination of contract.

Each was charged with two counts of breaching an ECB directive concerning acts "which may be prejudicial to the interests of cricket or which may bring the ECB, the game of cricket or any cricketer or group of cricketers into disrepute."

Stokes had been accused of knocking out Ryan Ali and Ryan Hale in a brawl in Bristol, southwest England, just hours after he had played in a one-day international against the West Indies in September last year.

His lawyer had said in a statement after he was cleared of affray that the case had cost the player the England vice-captaincy as well as his place on an Ashes tour to Australia and other England matches.

"Cricket and family are my life," the 27-year-old Stokes said in a statement on the ECB's website on Friday.

"This incident has been a huge burden for the last 15 months. I am relieved to get back to playing the game that I love without this hanging over me.

"Although the disciplinary process is now over, I have learned lessons that will stay with me for much longer."