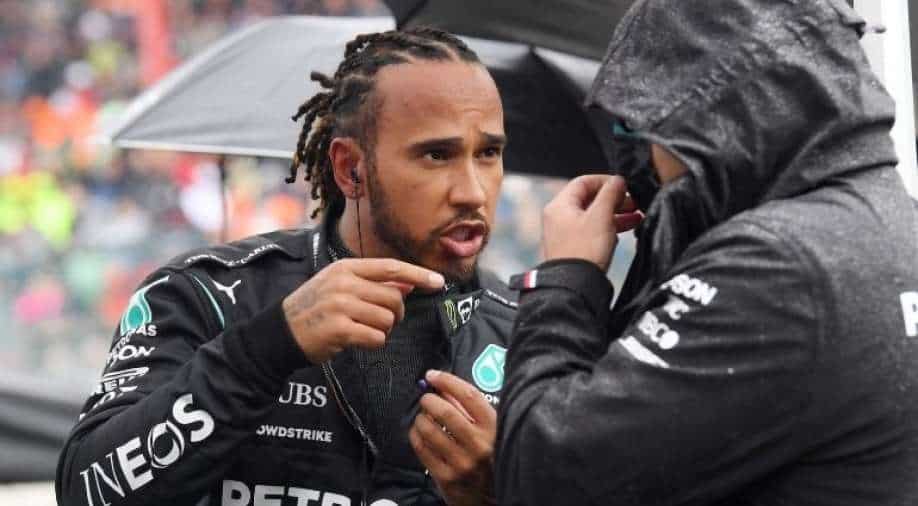 Lewis Hamilton said he was really disappointed for the crowd but the conditions were impossible for racing.

Lewis Hamilton said Belgian Grand Prix fans should get their money back after they waited hours in the cold and wet without seeing a competitive lap in the shortest race in Formula One history.

The wet race at Spa-Francorchamps was abandoned after the field, circulating behind the safety car, completed the two laps necessary for half-points to be awarded and commercial obligations to broadcasters and others fulfilled.

"Money talks and the two laps to start the race is all a money scenario," seven times world champion Hamilton, who finished third for Mercedes, told Sky Sports after the podium ceremonies.

"So everyone gets their money and I think the fans should get theirs back too. Because unfortunately they didn't get to see what they paid for."

The Briton said he was really disappointed for the crowd but the conditions were impossible for racing.

"Obviously we can't control the weather, and I love racing in the rain, but today was something else. You really couldn't see the car ahead, there was aquaplaning, it was unfortunately just a disaster on track," he said.

"But the fans stayed out in the rain. They still had energy, they still created the atmosphere but they were robbed of a race today. I think they deserve their money back."

Mercedes boss Toto Wolff said everyone had reasons to be upset.

"It is what it is. I guess you need to take this one on the chin and close the chapter on this race and move on," said the Austrian.

"We must really applaud the fans that have been there for three days in the rain, they have waited for a race to happen."

With no overtaking possible, pole sitter Max Verstappen was declared the winner for Red Bull ahead of Williams driver George Russell.

Hamilton's overall lead was whittled down to three points from eight.

The race was abandoned at 1844 local time, three hours, 44 minutes after it was supposed to start.

Verstappen, who receives plenty of support at Spa from his army of Dutch fans making the short trip across the border to Belgium, also sympathised with the fans.

"I think for today the credit goes to all the fans around the track to stay here the whole day in the rain, in the cold, in the windy conditions, so I think they are actually the bigger winners today," he said.