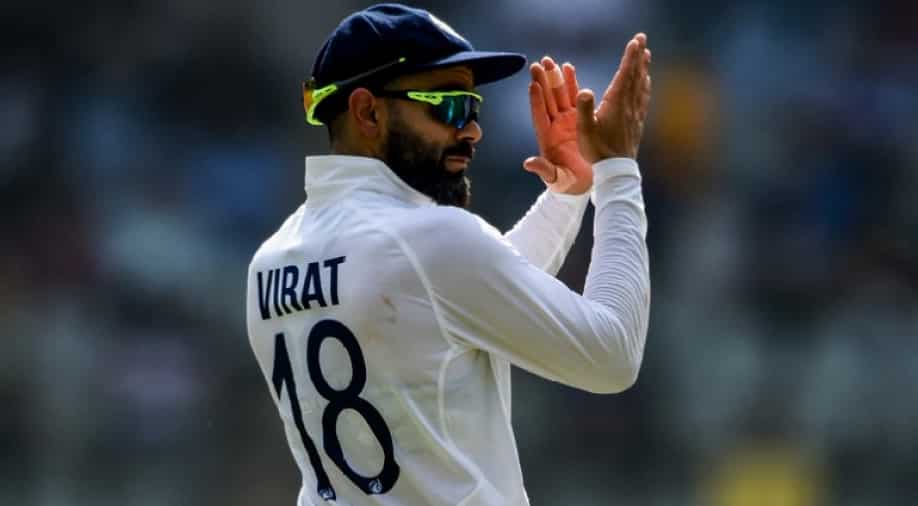 BCCI lauded Virat Kohli as he stepped down as the Test captain of the Indian team. Photograph:( AFP )

BCCI lauded Virat Kohli for his 'admirable' leadership qualities as he stepped down as the Test captain of the Indian cricket team after the conclusion of the South Africa Test series.

The Board of Control for Cricket in India (BCCI) has lauded Virat Kohli after he announced that he will be stepping down as the Test captain of the Indian team. Kohli's decision has sent shockwaves around the cricket fraternity as the 33-year-old had recently led India in the three-match series against South Africa.

Kohli's decision comes after India lost the recently-concluded Test series against South Africa 2-1. He had last year stepped down as the T20I captain of the team while expressing his desire to continue leading India in both ODIs and Tests. However, he was later sacked as the ODI captain with Rohit Sharma taking over as the new limited-overs captain of the side.

Kohli was also involved in a controversial row with BCCI over his sacking as ODI captain and had publicly contradicted the comments made by BCCI president Sourav Ganguly. Kohli had also claimed he was informed about the decision of being sacked as ODI captain only 90 minutes before it was made official.

Nobody would have expected Kohli to give up Test captaincy at the start of the year after having led the team to greater heights under his leadership. He made India a dominant force in the longest format and inspired the team to some memorable victories both at home and overseas.

Also Read: Virat Kohli steps down as India's Test captain: Have absolute clarity, can't be dishonest to my team

Kohli signs off as India's most successful Test captain ahead of the likes of MS Dhoni and Mohammad Azharuddin with 40 wins in a total of 68 matches. Reacting to his decision to leave Test captaincy, BCCI took to Twitter to thank Kohli for his 'admirable leadership qualities' and for taking India to 'unprecedented heights' in Test cricket.

"BCCI congratulates #TeamIndia captain @imVkohli for his admirable leadership qualities that took the Test team to unprecedented heights. He led India in 68 matches and has been the most successful captain with 40 wins," BCCI wrote in a tweet.

BCCI congratulates #TeamIndia captain @imVkohli for his admirable leadership qualities that took the Test team to unprecedented heights. He led India in 68 matches and has been the most successful captain with 40 wins. https://t.co/oRV3sgPQ2G

BCCI now faces a huge task to appoint a worthy successor to Kohli for India in Tests ahead of the Sri Lanka series at home which gets underway next month. Rohit Sharma or KL Rahul might take over as the new captain of the Indian Test side after Kohli's shocking announcement.