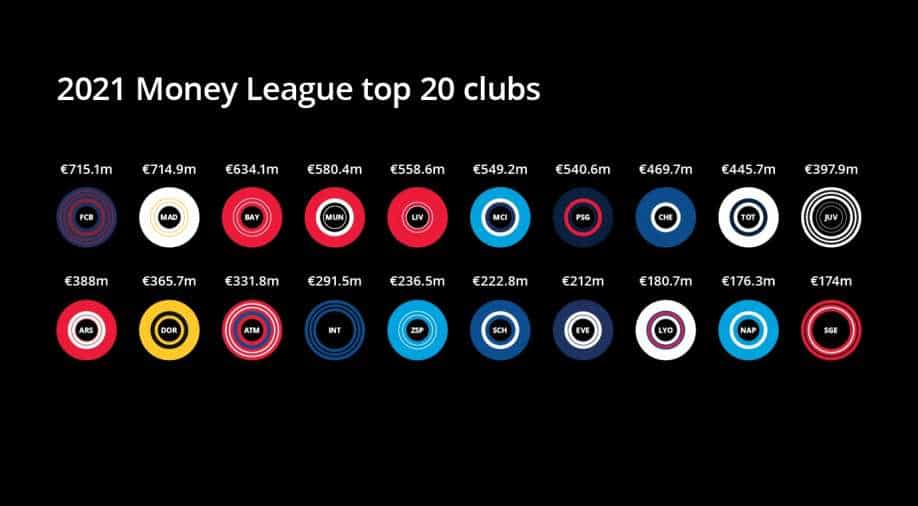 Barcelona have topped the Deloitte Football Money League after the financial performances of the highest revenue-generating clubs were charted for the 2019-20 season. While Barca sit atop the list, the likes of Real Madrid and Bayern Munich complete the top three.

Barcelona have topped the Deloitte Football Money League after the financial performances of the highest revenue-generating clubs were charted for the 2019-20 season. While Barca sit atop the list, the likes of Real Madrid and Bayern Munich complete the top three.

Manchester City continue to remain in the sixth spot with Premier League clubs Tottenham Hotspur (9), Arsenal (11) and Everton (17) also placed in the top 20.

Given the hardships amid COVID-19 pandemic, the top 20 clubs witnessed a revenue decline of 12 per cent as compared to the 2018-19 season. The sharp decline comes due to a drop in broadcast revenue and fall in matchday revenue. 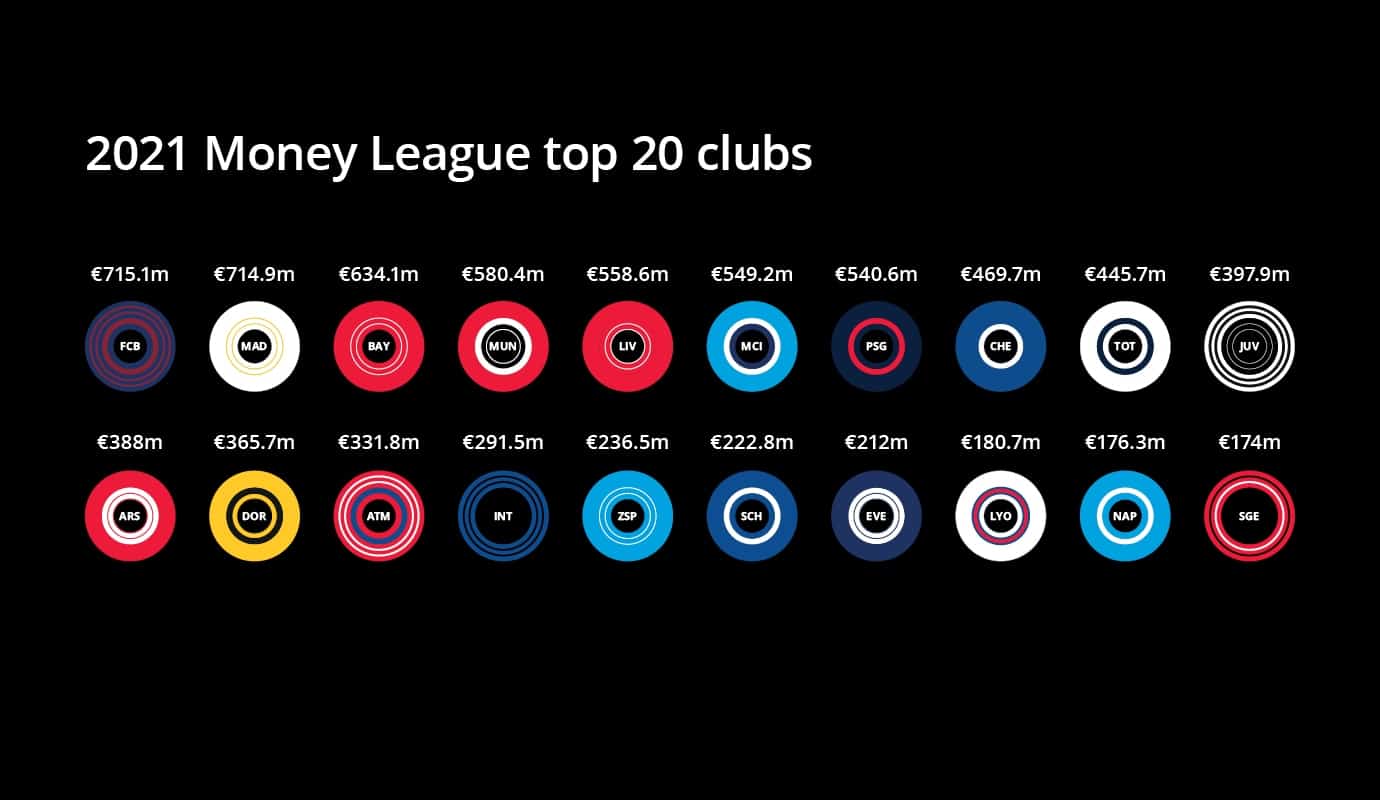 "The on-pitch success is a massive factor," Bridge told Sky Sports. "Building on winning the Champions League and then taking the Premier League crown for the first time has had a significant impact. They have moved significantly towards a more digital model, and have been doing for a number of years.

"That has benefitted them in comparison to others during the pandemic because they are able to engage with their fans in a way others probably had to pay catch-up."

While Liverpool played both their UEFA Champions League Round of 16 matches in one financial year, Manchester City were forced to play the fixtures in two financial years due to COVID-19 pandemic.

"But with those placings, take a little bit of care because with the timings of the fixtures they were able to generate more revenue ahead of Manchester City," said Bridge.

"Had timings been a little bit different, those rankings may have been different."

ALSO READ: Will they, won't they? Key questions for troubled Tokyo Olympics

Whereas Manchester United had largest year-on-year decline among the top 20 clubs in the Deloitte Football Money League. Bridge emphasised that the sharp drop comes due to their lack of Champions League football.

Bridge said: "The reason for the decrease is predominantly driven by the pandemic, as you can imagine Manchester United with a huge fanbase generate significant amounts of revenue every time they play at Old Trafford.

"They are going to be impacted in a more significant way than many other clubs. Of course, last year they didn't have Champions League football either, so the revenue differential from competing in the Europa League compared to the Champions League had a significant impact on the numbers.

"But caution is needed. With Bayern Munich moving ahead of them, they were able to complete their domestic season in the timeframe, so the numbers for Bayern represent a full year of domestic football, whereas for United they are curtailed."