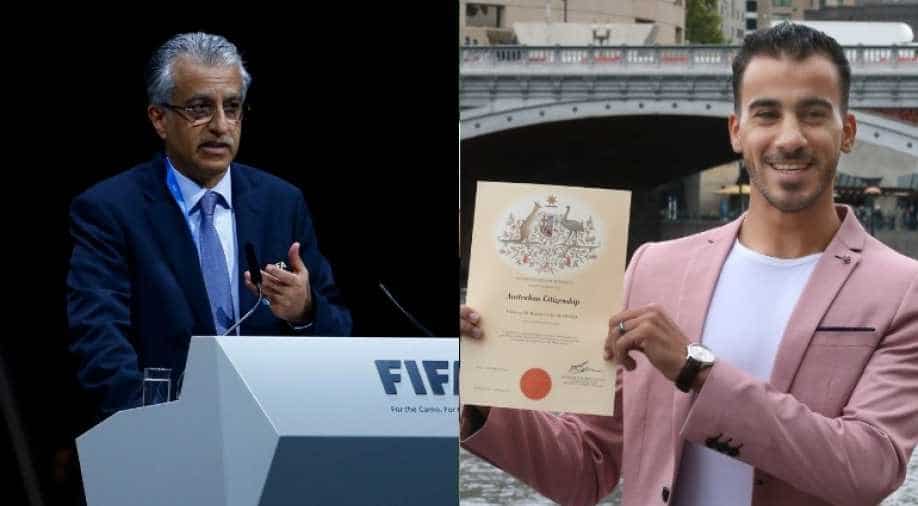 Incumbent Sheikh Salman was roundly criticised for his inaction on the case of Australia-based Bahraini player al- Araibi , who was arrested in Thailand in November and imprisoned due to an Interpol notice issued at Bahrain's request.

Australia's professional players union has slammed the country's support for the re-election of Asian Football Confederation President Sheikh Salman bin Ebrahim al-Khalifa in the wake of the Hakeem al-Araibi affair.

Incumbent Sheikh Salman was roundly criticised for his inaction on the case of Australia-based Bahraini player al-Araibi, who was arrested in Thailand in November and imprisoned due to an Interpol notice issued at Bahrain's request.

Al-Araibi, who sought asylum in Australia after a Bahrain court sentenced him in absentia to 10 years' jail for vandalism, was released last month under the weight of huge international pressure and is now an Australian citizen.

Football Federation Australia (FFA) on Monday issued a statement confirming it had agreed to back Sheikh Salman in the April 6 election along with the 11 Southeast Asian countries who also make up the ASEAN Football Federation (AFF).

"FFA's support – without consulting with key members of the FFA Congress – is difficult to understand given the unity of purpose the Australian football family recently displayed to help secure the freedom of Hakeem Al-Araibi," PFA Chief Executive John Didulica said in a statement on Tuesday.

"The inability of the incumbent to protect and promote the human rights of one of the game's players in line with his constitutional obligations demonstrates a breath-taking failure as the continent's highest office holder and a repudiation and abrogation of the office of President."

The FFA was not able to provide immediate comment.

The AFC waited two months after al-Araibi's detention in Bangkok to issue its first public statement, saying it was working with FIFA to try to resolve the case.

Al-Araibi has long denied he was involved in vandalism in Bahrain and has been a vocal critic of Sheikh Salman's leadership.

The PFA wrote to FIFA last week to ask how Sheikh Salman and other candidates in the AFC presidential race had passed the global governing body's "eligibility" checks but said they had not received any response.

The PFA also complained that it had not been consulted by the FFA's executive board over the governing body's backing for Sheikh Salman.

"We await FIFA and/or FFA to urgently provide the basis upon which the incumbent satisfied the eligibility criteria notwithstanding the fundamental concerns raised by the PFA over his ongoing tenure during the period of Hakeem`s detention," the PFA said.

On Monday, former Socceroo Craig Foster, who led the campaign to have al-Araibi freed from detention, described Australia`s support for Sheikh Salman as "sickening".