Australia tour will be challenging despite absence of Warner and Smith: Bhuvneshwar 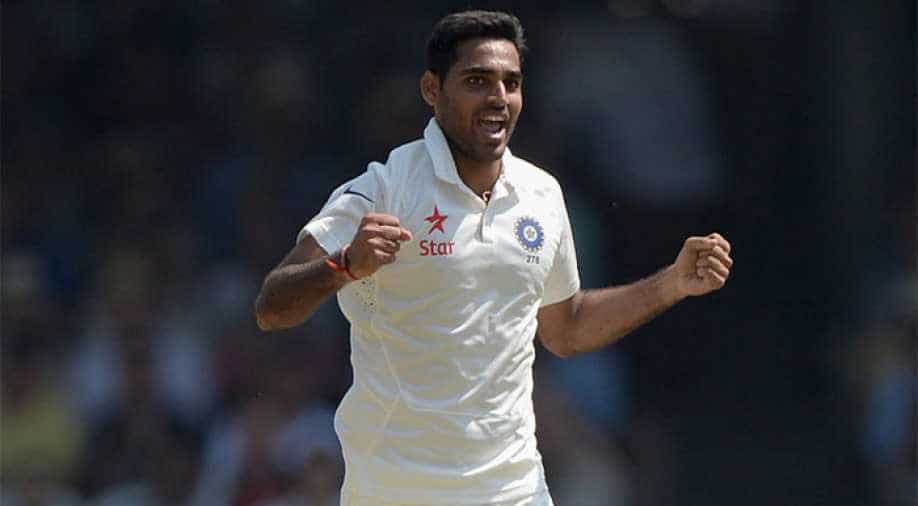 India pacer Bhuvneshwar Kumar feels that the upcoming Australia tour will be challenging even though the hosts will be without their two star players -- David Warner and Steve Smith.

The 28-year-old also believes that no overseas tour is easy.

"It (the Australian tour) will be challenging, no tour is easy. But Australia will be challenging because when you play outside your home (country) you need to adapt to certain conditions. It won't be easy for bowlers as there is hardly any movement these days," Bhuvneshwar told a select group of reporters here on Monday.

Australia will not be having the services of Smith and Warner, who are serving a one-year ban for ball-tampering during Australia's previous visit to South Africa.

Asked how the absence of Smith and Warner will affect Australia, Bhuvneshwar said: "I cannot say that we will overcome them. They don't have the two batsman (Smith and Warner), who have done well over the years. (But) there are other batsmen in their place and it is not that they aren't good."

"Its their home conditions. For us, if the two (Smith and Warner) were there, it is a challenge, now they are not there, it will still be a challenge," the Uttar Pradesh fast bowler said.

"If it would have been easy, we would have always won the series (in the past). It won't be easy. Our preparation in the practise matches there will matter," he said.

Bhuvneshwar is now associated with ASICS and was in the city for its promotion.

India are set to tour Down Under for a four Test match series, which begins with the first Test at Adelaide on December 6.

Bhuvneshwar has been rested for the first two ODIs against the West Indies.

The right-arm fast bowler, who has played 92 ODIs and 21 Tests, lauded the rotation policy of the team management.

"The way fast bowlers are managed, the rotation policy is in a way good, as we get a break and others get a chance and the body remains fresh," he said.

He also stressed on the need to have breaks.

"Breaks are needed after you play a long tour. You are mentally tired, like Jasprit (Bumrah) said when you return you are fresh and are rearing to go. Hence breaks are needed, as your body gets tired," he said.