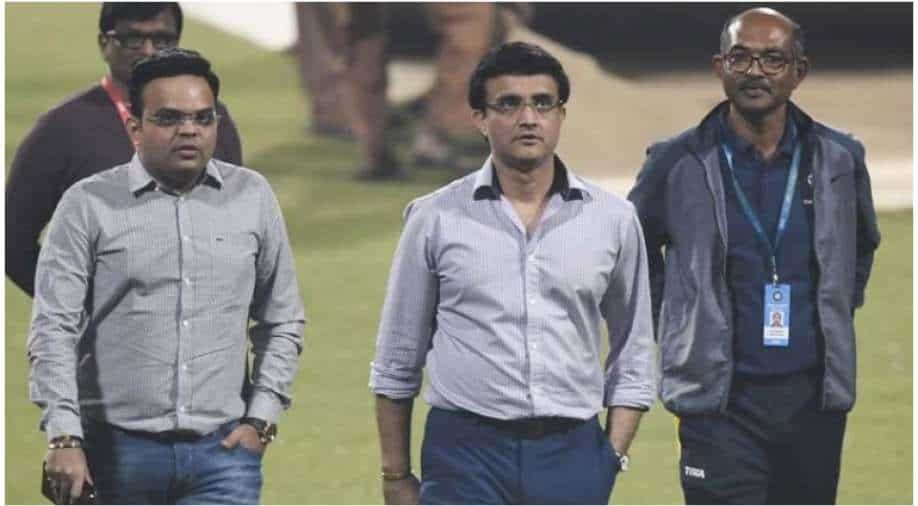 "Along with TATA group, will look to take Indian cricket to greater heights" Photograph:( AFP )

Earlier on Tuesday, the Indian Premier League (IPL) chairman Brijesh Patel confirmed that TATA will replace VIVO as the main sponsor for the upcoming edition of the tournament.

Jay Shah, the Secretary of the Board of Control for Cricket in India (BCCI), on Tuesday said that along with the TATA group, the board will look to take Indian cricket and the Indian Premier League (IPL) to greater heights. Shah`s remark comes as TATA will be replacing Vivo as the title sponsor of the IPL from this year onwards. "This is indeed a momentous occasion for the BCCI IPL as the Tata Group is the epitome of global Indian enterprise with an over 100-year-old legacy and operations in more than 100 countries across six continents.

The BCCI like the TATA Group is keen to promote the spirit of cricket across international borders, and the growing popularity of the IPL as a global sporting franchise bears testimony to the BCCI`s efforts," said Shah in an official statement."We are truly happy that India`s largest and most trusted business group has believed in the IPL growth story and together with the Tata Group, we will look to take Indian cricket and the IPL forward to greater heights," he added.

Earlier on Tuesday, the Indian Premier League (IPL) chairman Brijesh Patel confirmed that TATA will replace VIVO as the main sponsor for the upcoming edition of the tournament. "Yes, TATA will replace Vivo as the title sponsor," Patel had told ANI.Vivo still has two years left in its sponsorship deal with the league and as a result, during this period, Tata will remain the main sponsor. Indian Premier League`s (IPL) two new teams -- Sanjiv Goenka`s RPSG Group for the Lucknow franchise and CVC Capital`s Ahmedabad team on Tuesday received the formal clearance from the Board of Control for Cricket in India (BCCI).

The formal clearance was given after a meeting of the Indian Premier League (IPL) Governing Council on Tuesday and both Ahmedabad and Lucknow have also been given a time frame for player signing before the mega auction takes place.