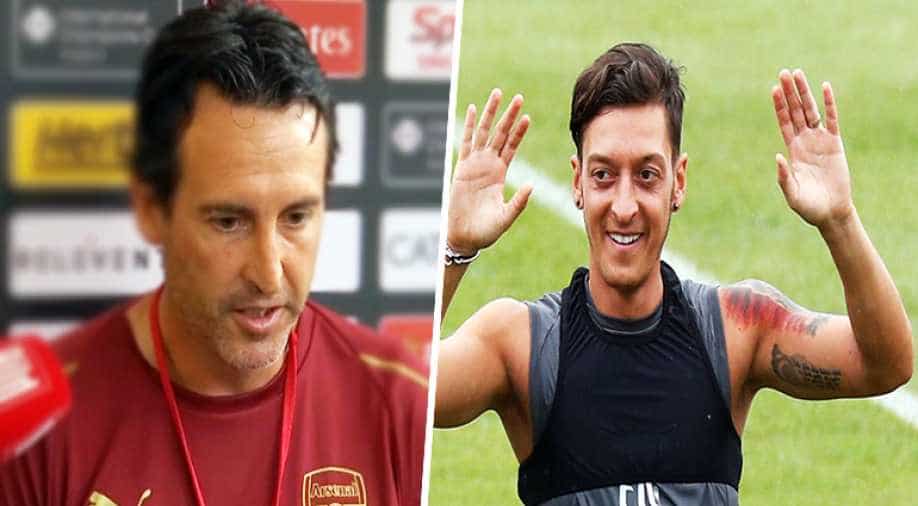 Arsenal scored three goals in the final eight minutes as manager Arsene Wenger marked his penultimate home Premier League match in charge with a crushing 4-1 win over West Ham United in a London derby at the Emirates on Sunday.

Defender Nacho Monreal put Arsenal ahead six minutes into the second half when he fired low past Joe Hart at a corner to bring the match to life after a dull first half.

Marko Arnautovic equalised 13 minutes later when substitute midfielder Manuel Lanzini fed him on the left and the striker shot past the diving David Ospina into the bottom far corner.

Aaron Ramsey put Arsenal ahead again in the 82nd when a mistake in the Hammers defence allowed his effort from the left edge of the box to sail into the far side of Hart’s net and Alexandre Lacazette added the third and fourth goals.

"We took a bit of time to get going. I don't want to make excuses, we weren't quite at it," Ramsey told Sky Sports. "It was important we put it right in the second half.

"I'm delighted on a personal note to score -- and more importantly get the three points."

Hart had previously kept West Ham in the match with diving saves from Xhaka and Danny Welbeck but Arsenal climbed within six points of fifth-placed Chelsea on 57 while West Ham remain in relegation trouble six points above the drop zone on 35.

Asked about Wenger's departure, Ramsey said: "It's really tough to take by the group of lads. He's believed in us and given us all these opportunities over the years.

"We're not thinking about who's coming in next -- it's about doing it for him. Winning the Europa League would be a perfect send-off for him," he told Sky Sports.

That competition is effectively Arsenal's only route back into the Champions League next season but their way is blocked by formidable opponents in the form of Atletico Madrid in the semi-final. The first leg of that fixture is on Thursday at the Emirates.