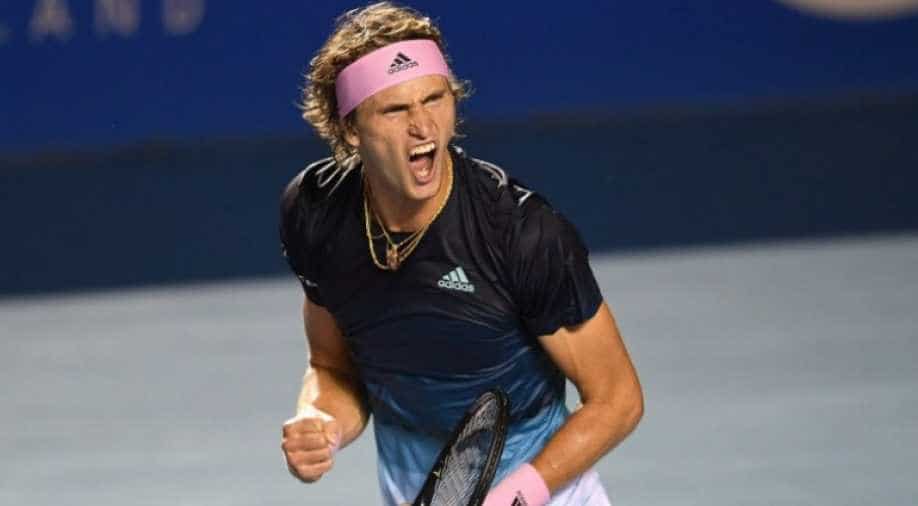 Zverev, the second seed, has gone one better than he did in his Acapulco debut last year, when he fell to eventual champion Juan Martin del Potro in the semi

The 21-year-old German, playing just his second tournament of the year after crashing out of the fourth round of the Australian Open, will fight for the title against either third-seeded John Isner or Nick Kyrgios -- who has reached the last four with victories over 17-time Grand Slam champion Rafael Nadal and three-time Grand Slam winner Stan Wawrinka.

Zverev, the second seed, has gone one better than he did in his Acapulco debut last year, when he fell to eventual champion Juan Martin del Potro in the semis.

He hasn't dropped a set all week, and was convincing against the 64th-ranked Norrie.

Unable to serve out the first set, Zverev raced through the tiebreaker and quickly seized a 3-0 lead in the second set, relying on a strong baseline game and 10 aces.

"It was very tough. It was pretty windy out here, not easy conditions, and his game actually I think fits the wind quite well, so it was not easy," Zverev said. "I'm just happy to be through. At this stage, you've got to win matches, no matter how. I'm just happy to be in the final."

After dropping the first set Wang -- 24 and ranked 65th in the world -- squeaked through in a second set that featured just one hold of serve.

Although 28th-ranked Vekic converted all six of her break points against Wang, 39 unforced errors ultimately proved too much to overcome and Wang didn't face a break point in the final set.

"It was a tough match. I tried to fight for every point," Wang said.

Kenin will be looking for her second title of 2019, having broken through for her first WTA crown at Hobart in January.