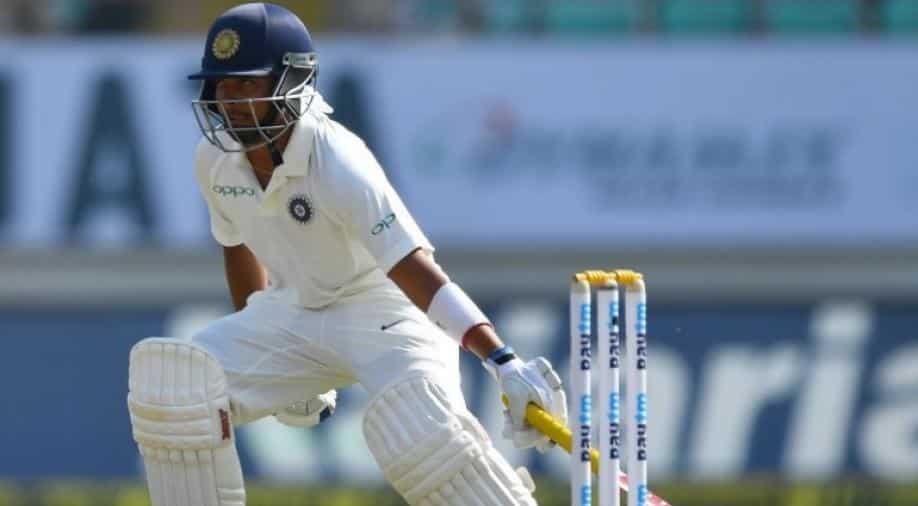 he 18-year-old slammed seven boundaries and played at a strike rate of 89.29.

Prithvi Shaw slammed a gritty fifty on his debut game against West Indies in Rajasthan's Rajkot on Thursday.

Shaw, who opened with KL Rahul, displayed his cricketing prowess by playing some stunning shots to reach his half-century in just 56 balls.

The 18-year-old slammed seven boundaries and played at a strike rate of 89.29.

Rahul, on the other hand, lost his wicket in the first over. He was sent back to the pavilion for a duck after being lbw by Shannon Gabriel.

Shaw found any ally in veteran Cheteshwar Pujara, who has also crossed the boundary line seven times, so far.

Prithvi, who earned a maiden Indian call-up midway into the England tour but did not get a game, has been preferred over Mayank Agarwal in the playing XI for the series opener against West Indies.