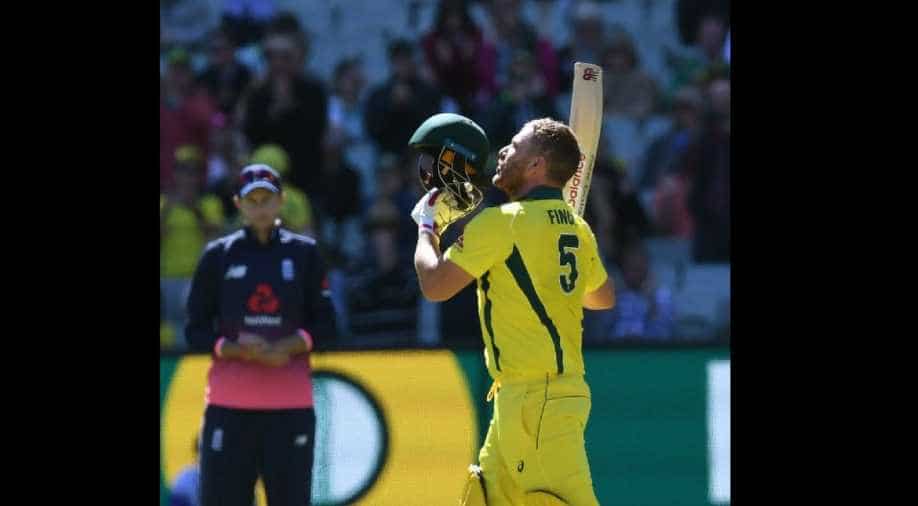 The first one-day international match between England and Australia is underway at Melbourne Cricket Ground.

Australia scored 304 at the loss of 8 wickets in 50 overs after England won the toss and chose to bowl.

Australian opener Aaron Finch slammed another century (107), helping his team set such a mammoth target. However, David Warner lost his wicket in the second over itself, which was a big blow to Australians.

Mitchell Marsh (50), Marcus Stoinis (60) and Tim Paine (27) contributed well with their bats for the team.

Aaron Finch found a determined ally in Mitchel Marsh and together they contributed 118 runs for the team.

England Spinner Adil Rashid took two wickets and rest of the bowlers got one wicket each. Rashid dismissed skipper Steve Smith at 23.

England's bowlers got wickets but failed to slow down opponent's run rate.

107 from @AaronFinch5 and 60 from Marcus Stoinis have helped Australia post 304/8 in the 1st ODI. Will England chase them down, or do Australia have enough? #AUSvENG

Recently, Australia completed a massive 4-0 win in the Ashes Test series. The five one-day match series is a chance for the English to salvage some cricket pride.

On the other hand, fast bowler Andrew Tye debuts for Australia.