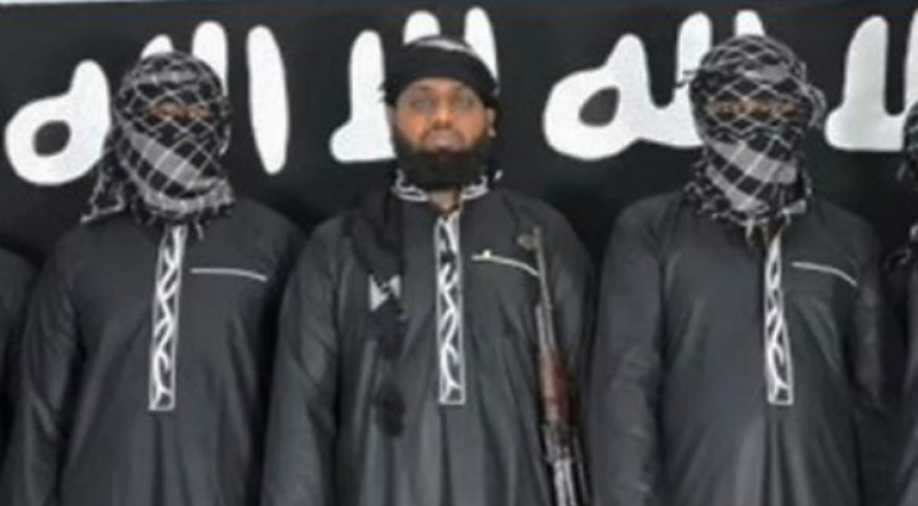 Hashim was a virtual unknown before the onslaught - even inside Sri Lanka.

For years, Sri Lanka's Muslim community warned authorities about a firebrand cleric. Now it seems Zahran Hashim may have played a key role in one of the worst attacks in the country's history.

A video released on Tuesday by the Islamic State group, which earlier claimed responsibility for the Easter attacks that killed over 250 people, appears to prominently feature Hashim.

He appears to be the round-faced cleric in the footage - the only one of the eight figures depicted whose face is uncovered.

Dressed in a black tunic headscarf and carrying a rifle, Hashim is seen leading seven purported attackers in a pledge of allegiance to IS chief Abu Bakr Al-Baghdadi.

The other seven people in the video all wear the same black tunics but with their faces obscured by black-and-white checkered scarves.

Sri Lanka's government had already pointed the finger at Hashim indirectly, calling the little-known Islamist group he was believed to lead - the National Thowheeth Jama'ath - its prime suspect.

Hashim was identified, albeit with his name misspelled as Hashmi, by police as heading NTJ.

But the video released by IS was the first concrete evidence of the apparently central role played by the Sri Lankan cleric in the Easter attacks.

Hashim was a virtual unknown before the onslaught - even inside Sri Lanka.

He had attracted several thousand followers on several social media sites, including YouTube and Facebook, where he posted incendiary sermons.

In one, the cleric with an unkempt black beard, delivers an extremist diatribe against non-Muslims against the crudely photoshopped backdrop of flags in flames.

Hilmy Ahamed, vice-president of the Muslim Council of Sri Lanka, said he had gone to local authorities with concerns about Hashim three years ago.

"This person was a loner and he had radicalised young people in the guise of conducting Koran classes," he said.

"But nobody thought these people were capable of carrying out an attack of such magnitude."

Ahamed said Hashim, who has also gone by the names Mohamed Zahran and Moulavi Hashim, was around 40 years old and from the east coast region of Batticaloa.

The only one of the attacks on Sunday to hit outside of the Colombo area was at the Zion Church in Batticaloa.

"Zahran belonged to an average Muslim middle-class family. He was a drop-out," said Ahamed, adding that the cleric had studied at an Islamic college in Kattankudy, a Muslim-majority city in eastern Sri Lanka.

He was considered a menace by the local Muslim community and caused trouble at Kattankudy's Thowheeth mosque.

"The mosque saw continuous conflict with the traditional mosque goers. Once Zahran took a sword out to kill people belonging to the traditional Muslim mosque," Ahamed said.

Local media said Hashim formed the NTJ in Kattankudy in 2014.

Sri Lankan officials are still investigating to what degree IS may have helped the attackers, but Ahamed said Hashim was known by the community to have international ties.

"All his videos have been uploaded from India. He uses boats of smugglers to travel back and forth from southern India," he said.

He added that Hashim led the attack against the high-end hotel and was accompanied by a second bomber, identified only as "Ilham".