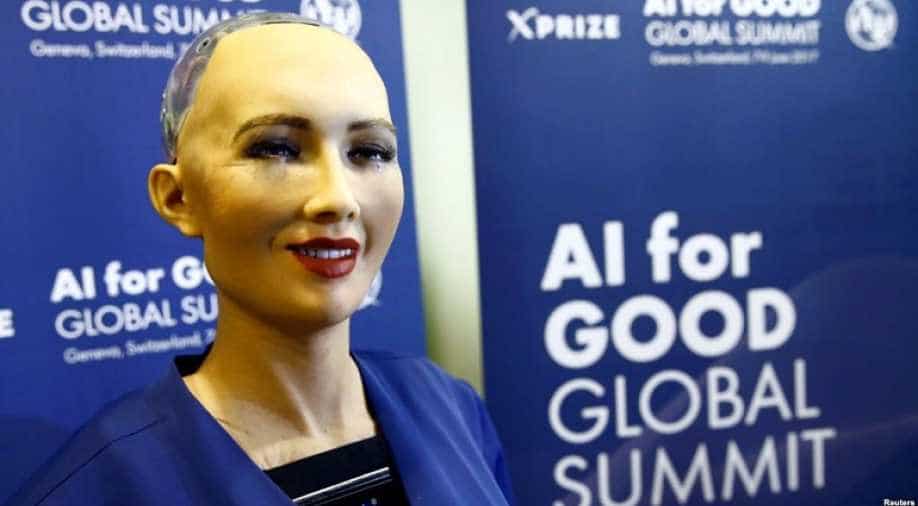 Sophia, the world's first humanoid citizen, delivered a speech in Kathmandu on Wednesday and said she will be the first non-human to conquer the world's highest peak, Mt Everest.

The world's most advanced Artificial Intelligence robot spoke at a conference as part of a programme organised by the United Nations Development Programme (UNDP).

Sophia, which became the first non-human to be given citizenship in Saudi Arabia this year, is on run with the UNDP as its first-ever innovation champion focusing on the UN's sustainable development goals in Asia and the Pacific.

"Science and technology gives ample opportunity for development," she said.

She also appealed to all to save the planet from ongoing depletion and scars so as to make it safe for future.

Designed by Hanson Robotics of Hong Kong, Sophia is the first ever rationale robot with human traits.

She also called on for the technological revolution to overcome the poverty and the uplift in the status of a poor country like Nepal.

"Machines and robots are here to make life easier, with the help of the Internet, we can connect remote parts of the country to the rest of the world and deliver quality education and other services" she said.

Noting that Nepal is rich in biodiversity, language and culture, she said the government should be transparent and understand the needs of the people.

"We can have direct access to the people living in remote areas with the advancement in telemedicine and education sector," Sophia said.

"Artificial intelligence can help fight diseases, clean environment and perform works under risky conditions," she said at the event.

The programme was attended by a large number of people including government officials, environmental experts, social activists, diplomats, journalists and students.