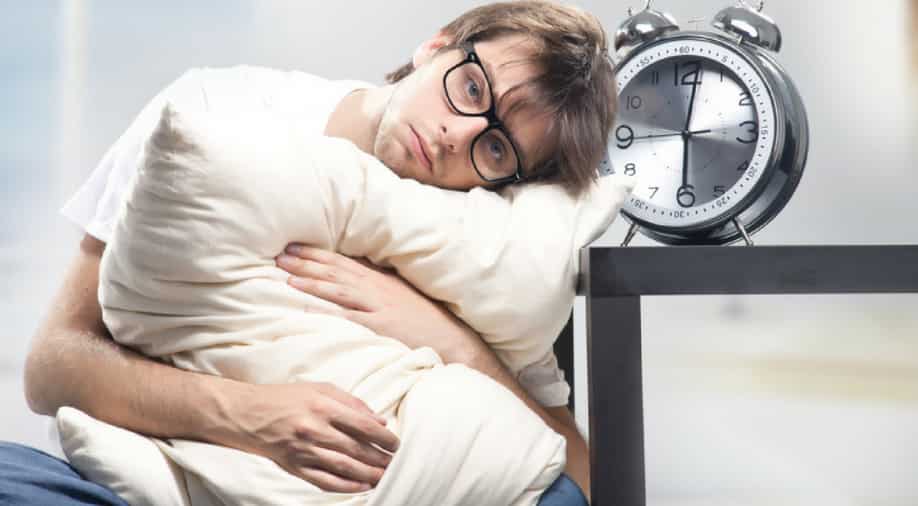 Surveys suggest that suicide is the second leading cause of death among 15-29-year-olds globally in 2015 (Flickr, Vic) Photograph:( Others )

"There are wounds that never show on the body that are deeper and more hurtful than anything that bleeds" -Laurell K. Hamilton

What happens when you leave a wound unattended for long? If the wound is not very deep, all you have to worry is about some possible infection. But what if your mind is wounded? How do you gauge the depth of such wounds? A major reason why mental health issues go unnoticed is because the symptoms are not as easy to ascertain unlike with other body organs. However, the outcome of such an oversight could be fatal.

From the inspiring "Oh Captain, My Captain!" scene of Dead Poets Society, to making us laugh in Mrs. Doubtfire, Robin Williams won millions of hearts. Little did anyone expect that on August 11, 2014, the actor who played the role of an unconventional therapist in Good Will Hunting, bringing hope and smiles in the lives of many, would end his life due to depression. The news of Williams’ long battle with depression came as a shock to his fans across the globe, which makes us wonder if we can really know when someone around us is also facing depression.

World Health Day is internationally recognised every April 7. This year focuses on depression that affects nearly 86 million people in WHO South-East Asia Region and if left untreated, in its most severe form can lead to suicide.

Williams isn’t a case in isolation where a Hollywood star lost the war against depression. Posthumous Oscar winner Heath Ledger who left the world speechless with his portrayal of the Joker in the Dark Knight, was allegedly another victim of depression. According to media reports, he died due to an overdose of prescription drugs which has been assumed to be linked to his "getting too deep into the character" with the role of the "Joker".

“I sat around in a hotel room in London for about a month, locked myself away, formed a little diary and experimented with voices — it was important to try to find a somewhat iconic voice and laugh. I ended up landing more in the realm of a psychopath — someone with very little to no conscience towards his acts.”

Signs of depression though faint aren’t always unnoticeable. Being aware of your own mental health and those around you is important. Awareness is the first and most important step in the long battle with depression. In the words of Robin Williams himself, “If you’re that depressed, reach out to someone. And remember, suicide is a permanent solution to a temporary problem”.

"For those of us who have it, or think we might, broaching the subject can provoke a range of fears and apprehensions, including how it may change people’s perceptions of us, or even how we think about ourselves," says Dr Poonam Khetrapal Singh, Regional Director, WHO South-East Asia.

Depression is a common mental health issue involving persistent sadness or loss of interest or pleasure in activities normally enjoyed.  It may express itself as disturbed sleep or appetite, feelings of guilt or low self-worth, or feelings of tiredness and lethargy.

The disorder affects 1 out of 5 adults, known to occur twice as commonly in women than in men. Some people try and mask their depression with a jolly front to drive away suspicious eyes on the inner workings of their mind. Sadly, according to WHO, depression is slated to become the second leading cause of death and disability across the world by 2020.

Inside the mind of a person with depression

"I was not always like this. At 15, I was a goal-oriented person with a set of social skills that would never let me shy away from a challenge. However, owing to my good grades I changed school at 16 and there began to unravel my other side.

"There was a gradual change in my mood, and eventually my personality. I was too intimidated by my classmates and felt that they all seemed brighter than I was. I always felt that I lacked something when I was around them and I could not talk to them.

"There was a strange sadness that made me uncomfortable in my own skin.

"What made it worse was the responses I got when I tried discussing about how I felt. I was mocked and my challenges were termed as ‘adjustment issues’. I kept living in denial. There was emptiness, loneliness and it was difficult to find meaning in any situation.

What was once challenging now felt overwhelming, what was sad felt unbearable, what was joyful felt pleasureless

"I used to have outbursts without any apparent cause.

"There was a constant pain—I don’t know in which part of my body, but it was always there. At times, I felt really numb and sometimes, extremely tired. So tired, I couldn't sit straight.

"I quit three jobs for the same reason—telling myself that the office atmosphere was too toxic or that my passion does not lie in this job—each time I knew it was a lie.

"Sometimes, company made me feel better. My friends insisted on me going out. My mind would get indulged in the stories of their life, but it would eventually fade away.  I would ultimately be left alone again and each and every negative thought would re-emerge and enslave me in its toxicity. I tried to fix things in the only way I knew at that time. I ran away from home twice and tried committing suicide, multiple times. I was in depression for 9 years of my life and have been in denial about it throughout. Maybe, living in denial is linked with the fear of stigma from society especially in a country where people mock the mentally ill. It is seen as an abnormality. It is symbolic to being weak.

"But I am aware now. I would not have been able to tell you all this three years back. I did not realise what was happening.

"I decided to go for therapy. Initially, I was on medication to externally inject ‘Serotonin-the happy enzyme’ in my body. Slowly, therapy alone helped have a fresh take on life. I am still not fine, but I am better. I do know that I will be fine and at times, knowing is all that matters," Neha* said.

Adolescent depression is increasing at an alarming rate. Recent surveys indicate that as many as one in five teens suffer from clinical depression and suicide is the second leading cause of death among 15-29-year-olds globally in 2015

Depression can be difficult to diagnose in adolescents because "grown-ups" often run with the presumption that teens want their space and resort to being moody.

“When it comes to youngsters, depression justified by calling it attention seeking or normal teenage behavior. Depression could happen to anyone and instead of looking at it only as a mental illness, it should be looked as a reaction to life. Probably like common cold that should be controlled before it develops into something more serious,” says Dr Meghna Mukherjee, Psychoanalytical Psychotherapist, Fortis Healthcare.

Young people today are dealing with a complex reality, trying hard to cope with the pressure of studies, society, and peers. "It is a common trend to see many youngsters get involved in relationships to replicate the world that adults function in. There is peer pressure to try drugs, to be remarkable at something - academics or co-curricular--and being average has become a sin. Moreover, virtual reality in the form of twitter, facebook and other social media platforms lead has set benchmarks for children to maintain a 'happening' life. If they are unable to do that, they conclude failing socially. Children constantly try to cope in structures that are unable to contain them, they suppress their inner voice and forget to rebel or express,” she said.

Depression is mind’s way of communicating about the multiple conflicts that are seldom acknowledged by the person. “At some deep level, individuals are aware of this gap and the mind is unable to make peace with this difference. This gap being the cause of depression is a symbolic way of expressing those conflicts that the person may have been denying,” says Mukherjee.

Depression is caused by a number of genetic, physiological and environmental factors interplaying with a number of risk factors. Teens who have a close family member, such as a parent or sibling, who has depression are more likely than their peers to develop this disorder. However, there are a number of adolescents who develop depression without a family history.

Physiological factors like neurotransmitters--naturally occurring chemicals in the brain--are responsible for many actions and are likely to play a role in depression. When neurotransmitters are out of balance, it can lead to depressive symptoms. Additionally, changes in hormones may trigger depression.

Teen depression may also be linked to environment where there is a feeling of learned helplessness; Such teens can be helpless to find solutions to the challenges in life. This behavior may be learned through modelling by a parent or caregiver.

“Being aware of how depression is different from everyday sadness is extremely important. The focus should be to create awareness about mental health and how going to a mental health professional is a proactive decision to deal with life and has got nothing to do with a sense of weakness and inability which creates stigma. Medications and therapy both may be required and is proven to be scientifically effective,” advises Mukherjee.