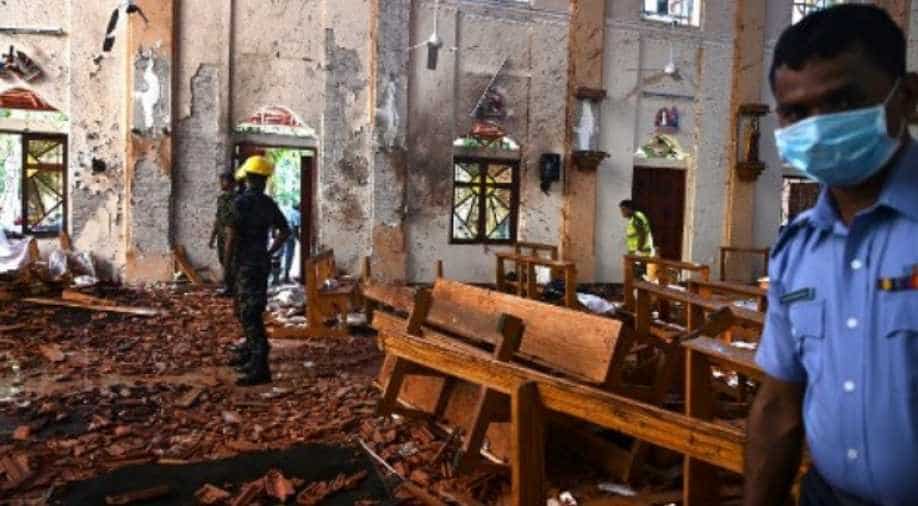 The five German Shepherd dogs of a single family, including parent dogs in the age of two years and others of six months in age, were handed over to Brigadier A N Amarasekara by a woman in Sri Lanka.

A woman in Sri Lanka has gifted her five German Shepherd dogs to the Army for explosive detection training in the wake of the massive Easter Sunday bombings.

Dr Shiru Wijemanne, a lecturer in an international open university, gifted the canines to be used for emergencies, Colombo Page reported.

The five German Shepherd dogs of a single family, including parent dogs in the age of two years and others of six months in age, were handed over to Brigadier A N Amarasekara at her residence in Narahenpita area here.

She said that she was impressed with the role the Army was playing in the detection of explosives and drugs.

The dogs are to be trained in the Explosive Ordnance Disposal (EOD) Squadron of the Sri Lanka Engineers (SLE) within a few weeks before they are tasked with specific roles, the Army said.

The Army has trained a number of dogs for mine detection, drug and explosive sniffing among others.

Nine suicide bombers carried out a series of devastating blasts that tore through three churches and three luxury hotels on the Easter Sunday, killing 253 people.

The Islamic State claimed the attacks, but the government has blamed local Islamist extremist group National Thowheeth Jamaath (NTJ) for the attacks.

Sri Lanka on Saturday banned the NTJ and a splinter group linked to the ISIS.

A total of 106 suspects, including a Tamil medium teacher and a school principal, have been arrested in connection with the Easter Sunday blasts.

According to Sri Lanka's Foreign Ministry, the number of foreign nationals who have been identified as killed remained at 40, including 11 from India.