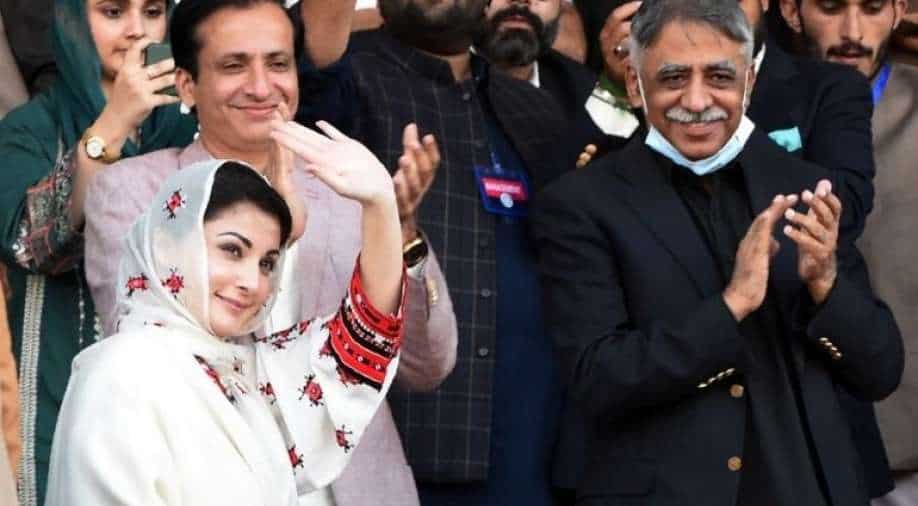 Maryam Nawaz at a rally in Quetta Photograph:( AFP )

After a major show of strength in Peshawar on Sunday, another massive rally was organised in Multan

In Pakistan, the tussle between opposition and Imran Khan-government is showing no signs of ending.

After a major show of strength in Peshawar on Sunday, another massive rally was organised in Multan. This was the fifth such demonstration held by the Pakistan Democratic Movement, an alliance of several opposition parties.

Top leaders including Jamiat Ulema-e-Islam's Maulana Fazlur Rehman to Aseefa Bhutto Zardari, the sister of Bilawal Bhutto and a member of the Pakistan Peoples Party were present.

But the show-stopper was Maryam Nawaz, the vice president of Pakistan Muslim League-Nawaz (PML-N).

Maryam called out the Pak government's backdoor efforts to stop the rally from being organised.

Earlier, Pakistan's Punjab government and the local administration in Multan had denied permission to the opposition for this rally.

The reason cited was the second wave of the novel coronavirus.

The Multan authorities blocked most routes to the stadium where the demonstration was scheduled and removed tents, chairs and detained several rival party leaders.

In a series of tweets, the Pakistani PM justified the crackdown.

"Problem confronting us in Pak during COVID 19 is of a political leadership that has never gone through any democratic struggle, nor worked with ordinary citizens to understand the problems they confront, nor contributed in any substantive way for betterment of ordinary citizens," he wrote.

"They think this is their last means of pressuring us for NRO - which will never happen. Having never worked a day in their lives, their "shahi" lifestyles are directly dependent on saving their families ill-gotten, illegally acquired wealth through robbing & impoverish the nation," Khan said in another tweet.

The 27-year-old leader said if men from their parties are arrested, thousands of women will take to the streets.