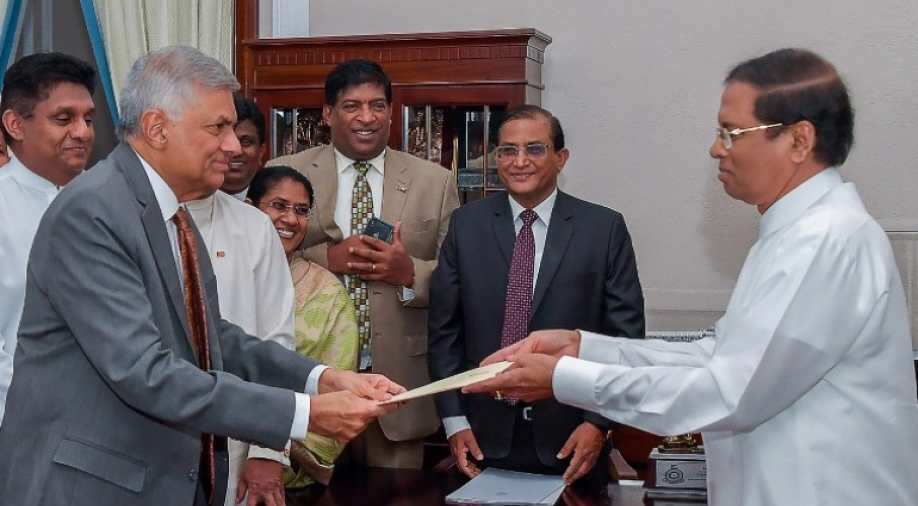 Sri Lankan Prime Minister Ranil Wickremesinghe has acknowledged that there are some differences of opinion with President Maithripala Sirisena on the ministerial appointments, but he is confident that the issues will be resolved.

President Sirisena on Thursday named a 30-member Cabinet while reportedly rejecting some of Prime Minister Wickremesinghe's nominees and retained control over the security forces and police, indicating that the power tussle between them is far from over.

Wickremesinghe on Friday slammed media, saying some had reported a "fake list" claiming they were nominated for ministry portfolios but had not been approved by the President, Colombo Gazette reported.

He said that some media had claimed that Sri Lanka Freedom Party (SLFP) member Wijith Wijayamuni Zoysa was in the list of MPs nominated for ministerial posts.

The Prime Minister, however, insisted that Zoysa was not on the list.
Wickremesinghe said that some media were attempting to mislead the public and action must be taken against them.

He called for a debate next month on media which were reporting false information.

The Prime Minister said that while there were some differences of opinion with the President on the Ministerial appointments, he was confident the issues will be resolved.

He said he will make a statement in the House on how the Cabinet was appointed.
The new Cabinet was appointed after an unexpected delay of three days since Wickremesinghe was sworn in as Prime Minister on December 16 following weeks of political crisis that led to government dysfunction.

The Cabinet formation was delayed as Sirisena reportedly did not agree with some nominees from the list submitted by Wickremesinghe.

Sirisena, who holds the Defence and Mahaweli Development and Environment Ministry portfolios, has retained his control over the police, which is investigating an alleged plot to kill him.

The plot widened the gulf between Sirisena and Wickremesinghe.

On October 26, Sirisena sacked prime minister Wickremesinghe and installed Rajapaksa in his place, triggering an unprecedented constitutional crisis. Sirisena also dissolved the 225-member Parliament and called for a snap election on January 5. He publicly vowed not to reinstate Wickremesinghe.