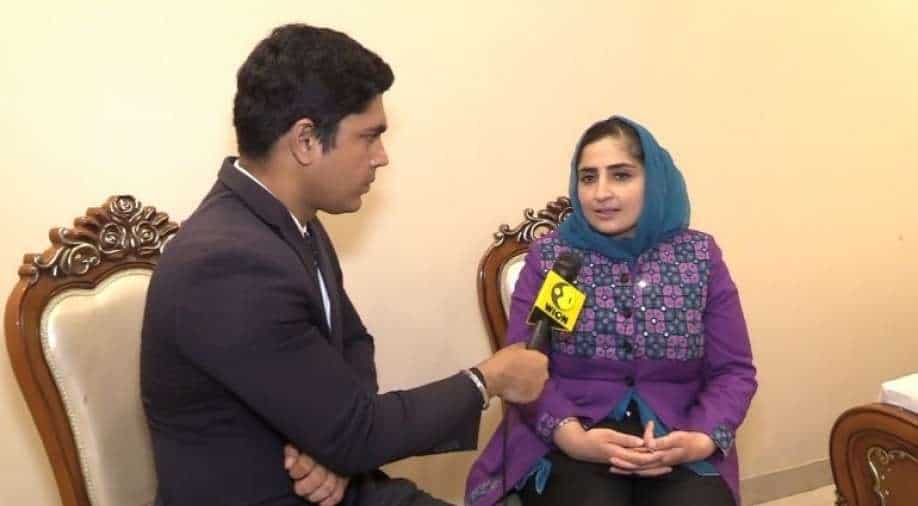 Anarkali reached India on an IAF plane from Kabul, a week after the national capital fell to the Taliban. She broke down while speaking. "The country is the motherland, and in her lap is where we find love. I hope things will be all right, and we will go back to our country."

Afghanistan’s first female Sikh MP, Anarkali Kaur Honaryar, who reached Delhi on Sunday, expressed concerns over the developing situation in her country, asking the international community to support and speak up.

Speaking to our Principal Diplomatic Correspondent Sidhant Sibal in Delhi, she said, "Why is the world silent? Are the people of Afghanistan not human? Aren’t they supposed to live a safe life? Every 15 years or 20 years, we become refugees. We Afghans build homes, only to be destroyed again. "

Anarkali reached India on an IAF plane from Kabul, a week after the national capital fell to the Taliban. She broke down while speaking. "The country is the motherland, and in her lap is where we find love (Vatan, Desh maa hai, unki god mai pyar hai). I hope things will be all right, and we will go back to our country.".

Anarkali is a doctor by profession and is the first non-Muslim member of the Afghan national assembly. A graduate of Kabul University, she has been a member of the Afghan Independent Human Rights Commission and was awarded the UNESCO-Madanjeet Singh Prize for the Promotion of Tolerance and Non-Violence.

WION: You had to leave your country and take refuge in another one. How have things changed for you?

WION: We have started a campaign for women in Afghanistan. Do you think problems will increase for women under Taliban rule?

Anarkali Kaur Honaryar: We told the international community that before the situation takes a drastic turn, they should help us. But no one listened. They all said the Taliban had changed. Now, everyone is saying the Taliban will never change. NATO military forces have left Afghanistan, but they now feel it was not the right decision. In the last 20 years, we received monetary support from the US, India for development related works. It was their taxpayers’ money. Kabul airport was also developed with the help of aid from other countries. But when I left the airport, it did not look the same as it was used to. We have worked hard in the last 20 years, but now there is a growing perception among the people of Afghanistan that we have gone 100 years back. Everyone, including me, is depressed. Even though I have safely arrived here, my thoughts are with the people of Afghanistan who have to live in such a bad situation. People are finding ways to leave Afghanistan.

WION: Do you have anything to say to the Indian government?

Anarkali Kaur Honaryar: I would like to express my gratitude to the Indian government, PM Modi, the Ministry of External Affairs (MEA), the Indian Air Force (IAF) and especially to Puneet Singh Chandhok (president of the Indian World Forum, an organisation coordinating the evacuation efforts with the MEA and the IAF). He was in constant contact with me. He found every way to get us back. There were days when we didn’t have food and shelter. He was there with us all day and night and responded every time we called. The situation was so bad that we didn’t even have time to pack up our things as we were under attack by Taliban militants. We had kids with us.

WION: Do you hope to go to Afghanistan soon? Have you been offered Indian citizenship?

Anarkali Kaur Honaryar: I don’t know how long we will stay here. It can only be speculated. So far, we were provided a visa by the Indian government as soon as we arrived here. Even though I am scared, I do want to visit my country. I studied and worked there. It is our right to save our country, but we have nothing in our hands. I never thought that I would have to leave the country in such a condition. I hope things get back to normal soon.

WION: Who do you think is responsible for the crisis in Afghanistan?