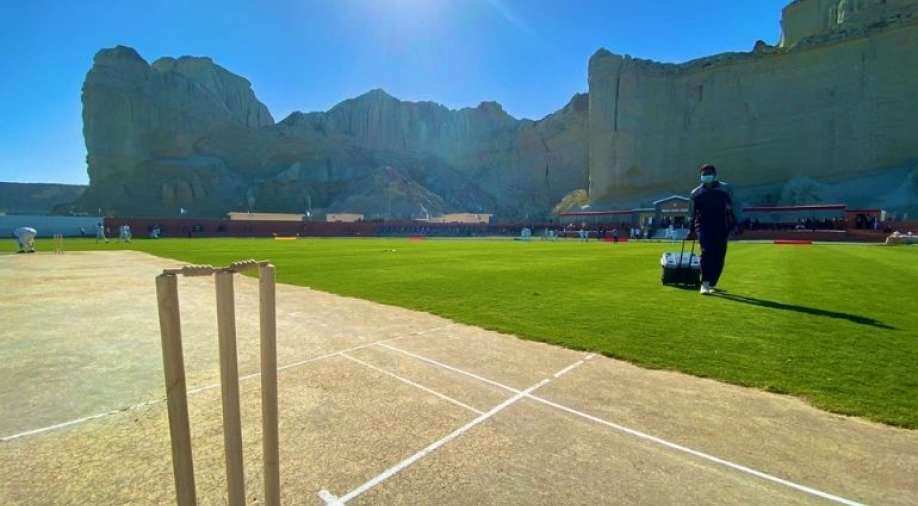 In this file photo, a pitch with stumps inside the Gwadar Cricket Stadium can be seen Photograph:( Twitter )

Amid large-scale anti-government protests in Pakistan's Gwadar, people living in the port city of Gwadar claim that they are not being allowed into the local cricket stadium.

WION has been covering the ongoing protest in Gwadar, located on the southwestern coast of Balochistan in Pakistan, against China's massive projects even as the area struggles to provide citizens with basic amenities including water and electricity.

WION found authorities have built a stadium although people have been crying out for the construction of a university in the city.

Also read | WATCH WION Ground Report: This is what protesters in Gwadar want from Pak govt

For months now, locals have been complaining that Chinese authorities have been assigning the related jobs to outside labour, leaving locals unemployed and struggling to make money.

Also read | ‘Won’t stop till we get peace’: Maulana Hidayat talks to WION about Gwadar protest

Angered over this and the 'trawler mafia', Maulana Hidayat, the man leading the Gwadar sit-in and Balochistan General Secretary of Jammat-e-Islami, told WION that this time locals are ready to die for this cause as they believe "it’s better to die once" rather than struggle to survive on a daily basis.

Pakistan Prime Minister Imran Khan said on Sunday (December 12) that he will take "strong action" against illegal fishing by trawlers off the Gwadar coast.

In a tweet, he said, "I have taken notice of the very legitimate demands of the hardworking fishermen of Gwadar. Will be taking strong action against illegal fishing by trawlers & will also speak to CM Balochistan."