US completes military withdrawal from Afghanistan 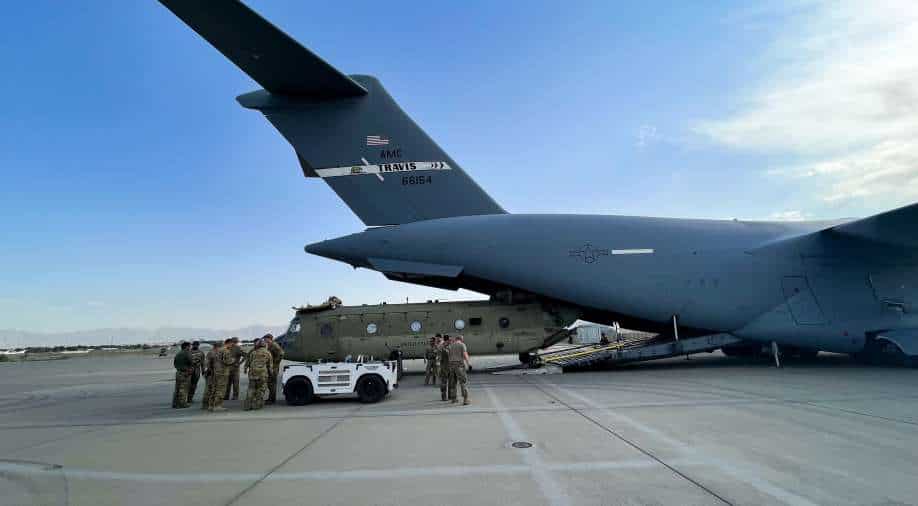 President Biden had set August 31 as the final date for US personnel to leave Afghanistan as the US left at 1929 GMT on Monday. The withdrawal was marred by terror attack at Kabul airport.

The United States announced it has completed its withdrawal ending its engagement in Afghanistan which lasted for 20 years and claimed the lives of at least 2,400 US service members.

"I'm here to announce the completion of our withdrawal from Afghanistan and the end of the military mission to evacuate American citizens," US General Kenneth McKenzie said.

President Biden had set August 31 as the final date for US personnel to leave Afghanistan. The US military was able to achieve the withdrawal objective with nearly a day to spare amid confusion and terror strikes at Kabul airport.

"Tonight's withdrawal signifies both the end of the military component of the evacuation but also the end of the nearly 20-year mission that began in Afghanistan shortly after September 11, 2001," McKenzie added.

Also Read: Chilling details of 10 victims killed by US drone strike in Afghanistan

General McKenzie said the US left Afghanistan "at 1929 GMT Monday-just before the start of Tuesday in Kabul."

President Biden is due to address the nation today amid the US pullout from Afghanistan.

Taliban spokesman Zabihullah Mujahid said said the country had "gained full independence" as the US officially left the country.

Reports say 123,000 people were airlifted from Kabul airport in the past fortnight ever since the Taliban took control of Kabul on August 15 even as the UNSC passed a resolution on Monday urging the Taliban to honour commitment to allow Afghans to freely leave the country.

The withdrawal was marred by a suicide attack at Kabul airport last week in which 13 US troops were killed including several Afghans. The US later carried out drone strikes in which it said two militants linked to ISIS-K were killed.

On Monday, there were reports of rockets being fired towards Kabul airport but there was no report of any casualties as the US defence system shot down the incoming rockets.