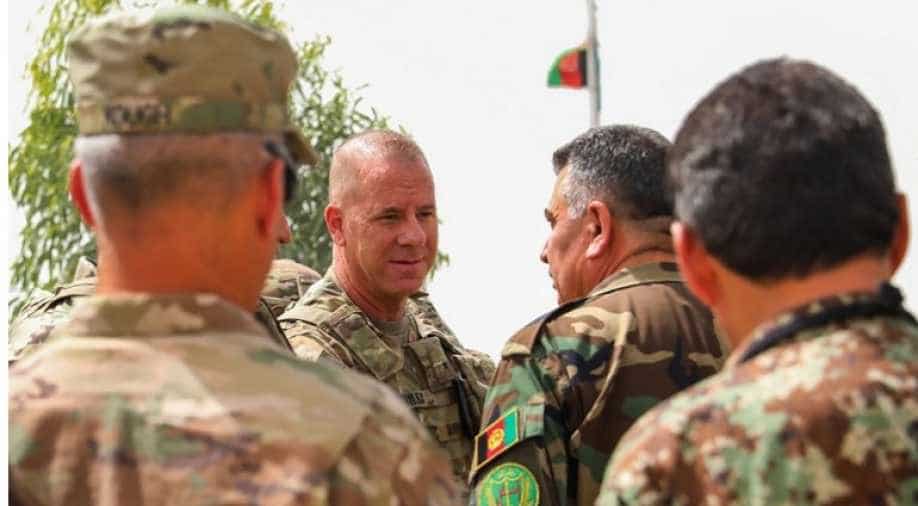 A US army general was among those injured in a Taliban attack on top US and Afghan security chiefs inside a highly secure compound last week in Kandahar province, a military spokesman confirmed.

A gunman wearing an Afghan security forces uniform opened fire on a group including General Scott Miller -- the top US and NATO commander in Afghanistan -- and powerful Afghan police chief General Abdul Raziq as they ended a meeting in the southern city of Kandahar.

Raziq, an anti-Taliban strongman and key US ally who was credited with keeping a lid on the insurgency in the south, was killed along with Kandahar's provincial intelligence chief and an Afghan journalist.

Colonel David Butler, spokesman for US forces in Afghanistan, initially confirmed on Twitter that three unidentified people were injured: one US service member, one US civilian and a coalition contractor.

Later, in tweets discussing US media reports that named Smiley, he confirmed he was wounded.

That the Taliban could mount a deadly insider assault in such a secure location rattled Afghanistan, a country long used to high-profile targeted killings and violence.

It was also an unusual incident for the US military, whose generals seldom face attack and are rarely wounded.