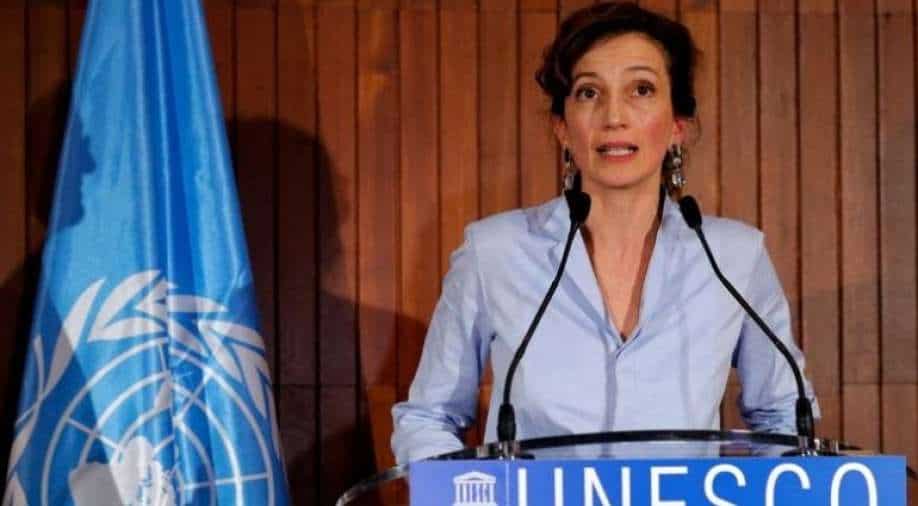 UNESCO has asked all relevant actors in Afghanistan to ensure girls’ schools reopen. In an announcement, Taliban had reopened boys’ secondary schools but the fate of girls’ schools remained unclear. UNESCO Director General Audrey Azoulay said the closure of girls’ schools will constitute a violation of the fundamental right to education for girls and women

Warning about the negative consequences of Afghan girls not attending school, the United Nations Educational, Scientific and Cultural Organisation (UNESCO) on Saturday called on all relevant actors in Afghanistan to ensure girls’ schools reopen.

The statement comes as boys’ secondary schools were reopened on Saturday, while the fate of girls’ schools remained unclear.

On Friday, the education ministry of the caretaker cabinet announced that male students and teachers should appear in schools. It did not mention anything about girls and female teachers.

In a statement, UNESCO Director General Audrey Azoulay said that if the girls’ schools continue to remain closed, it would constitute a significant violation of the fundamental right to education for girls and women.

Azoulay said, “UNESCO warns about the irreversible consequences, if girls are not allowed to return to school at all levels of education swiftly. In particular, the delayed return of girls to secondary school may risk them to be left behind in education and ultimately, in life. It increases the risk of dropping out from education altogether and exposes them to negative coping mechanisms such as child marriage. It may further widen the learning disparities between boys and girls, and ultimately hinder girls’ access to higher education and life opportunities.”

“The future of Afghanistan depends on educated girls and boys. We, therefore, call upon all relevant actors in Afghanistan to ensure that all children have unhindered access to education in the framework of the announced gradual reopening of schools. The right to education for all learners, especially girls, must be upheld at this critical time,” she added.